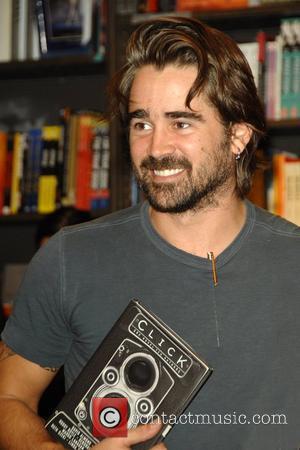 Picture: Colin Farrell at a reading and book signing with the authors of 'Click' held at Borders Book Store New York City, USA - 22.10.07

Irish actor Colin Farrell was stunned when he attempted to contact original Miami Vice star Don Johnson, because the screen star snubbed him completely. Johnson played undercover cop SONNY CROCKETT in the original 1980s TV series, while Farrell takes the same role in the current big screen version. Farrell insists his calls to the star were ignored, but was even more shocked when his co-star Jamie Foxx bumped into Johnson in Los Angeles - because Johnson wasted no time in making a cheeky joke about him. He says, "I put a call into him and he never returned my call. "But JAMIE (FOXX) met him at a restaurant in LA and he said, 'You tell Colin Farrell when he's through with my jock strap to give it back.'"