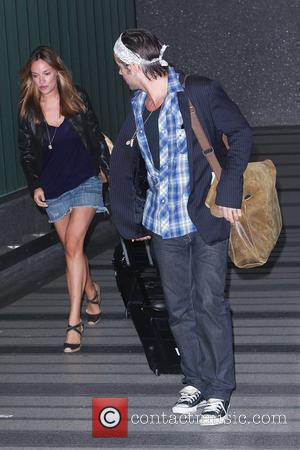 Colin Farrell is the unsung hero of Jeff Bridges' acclaimed new movie CRAZY HEART - he recorded a song for the soundtrack, made an appearance in the film and then insisted his name be taken off the credits so as not to take the spotlight off the star.
The Irishman, who once auditioned for Irish boyband Boyzone, stunned cast and crew with his singing skills in one scene and agreed to work with producer T-Bone Burnett on the soundtrack.
Crazy Heart producer Judy Cairo tells Eonline.com, "No one had heard him sing until he recorded with T-Bone, but we assumed if he took the role that he probably could pull it off or he wouldn't have accepted the role."
And then the humble star stunned everyone by insisting his name not be used in the marketing of the movie.
Cairo adds, "He didn't want to take the spotlight off of Jeff. Obviously this is Jeff's movie and... if Colin was more in front of it, Jeff would have to share the spotlight a little bit. He wanted to give kudos and credit to Jeff."