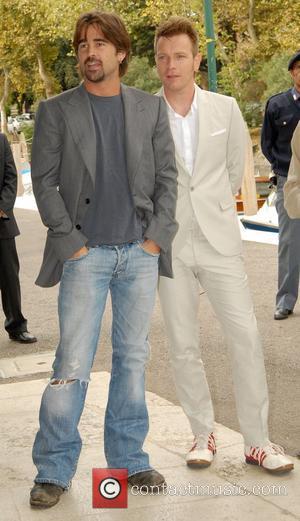 Colin Farrell reportedly broke the heart of his Alexander co-star Rosario DAWSON by splitting up with her to get together with Angelina Jolie on the set of the upcoming movie.

Dawson, 24, fell for the Irish lothario, 27, whilst filming Oliver Stone's Macedonian epic movie, but was reportedly dumped as soon as Jolie arrived on the Moroccan set, according to American website PAGESIX.

A friend alleges, "Rosario said the sex was great with Colin - but he blew her off once Angelina got on the set. Of course, Colin and Angelina ended up getting together.

"Rosario was devastated. She thought they were going to fall in love or something. But c'mon, it's Colin Farrell. What did she think was going to happen?"

The revelation of Jolie and Farrell's reported bedroom antics simultaneously appeared as Dawson learnt her ex-boyfriend, DAWSON'S CREEK star Joshua Jackson is having a baby with his mystery new girlfriend.

The pal adds, "She was pretty upset about that."

Dawson's spokeswoman has denied her client romanced Farrell, saying, "I'm staring at pictures of Rosario and Colin cuddling at the BANGKOK FILM FESTIVAL, which was two weeks ago.

"They're good friends. I just saw her in Los Angeles and she's happy, lovely and everything's fine."