Colin Farrell was chosen to play a charismatic vampire in 'Fright Night' because he has a ''dangerous'' quality about him. 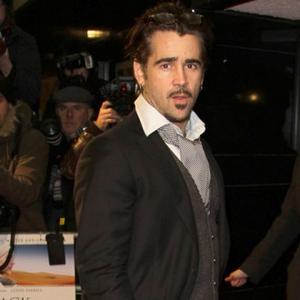 Colin Farrell was the perfect choice to play a charming vampire in 'Fright Night' because he has a "dangerous quality".

The Irish actor plays sweet-talking bloodsucker Jerry in a modern day remake of the 1985 cult classic, in which his character moves next door to horror movie obsessive Charley Brewster (Anton Yelchin), and director Craig Gillespie says he was the only man for the role.

He explained: "We were so lucky to get Colin. It was perfect. He epitomises the character in 'Fright Night'. There's a dangerous quality to him and he's very charismatic. He's a very dark version of what's been in the vampire realm these days."

Colin is relishing the chance to play a blood sucking vampire but admitted he did struggle to keep his character believable.

He told Empire magazine: "I mean for sure you try to make things as real as possible. I have conversations with myself: 'Well he wouldn't do that'and I go 'What the f**k, he's 400 years old'. I mean really? Craig and I have had arguments on how far to push it and how far not to.

"'Twilight'takes a lot of oxygen in a certain audience's requirement. It has its place which is great but this is different. I believe it's going to be fairly bloody. There's not a lot of sex but sex is certainly implied more than once. Hopefully it will work on a plethora of levels."