In a emotional essay about his older brother's life as a gay man, the 38 year-old actor vented his anger that same-sex marriages are still illegal in his homeland.

Hollywood heartthrob Colin Farrell is urging his native countrymen of Ireland to support gay rights for one very important reason, his older brother, Eamon Jr., is homosexual and married to artist Stephen Mannion. 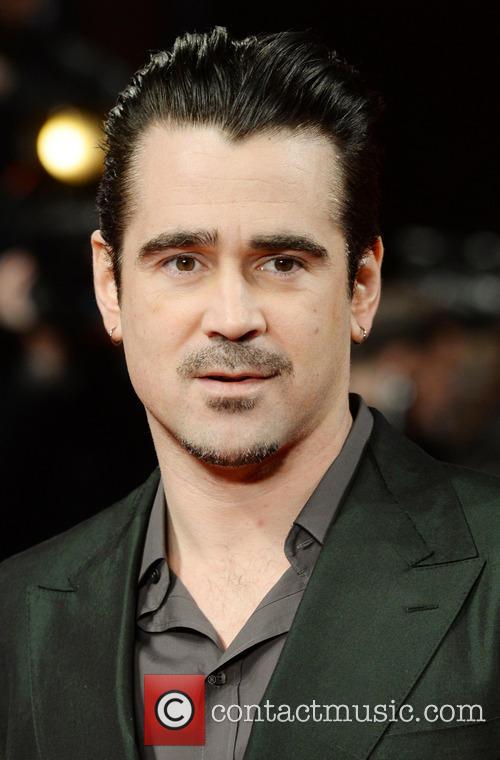 In a very emotional letter published in Ireland's Sunday World, Farrell recalled his big brother's journey as a gay man, including being bullied as a child for being different, and also took aim at Ireland's government for not legalizing same-sex marriages.

"My brother Eamon didn't choose to be gay," he wrote in the letter. "But he was always proud of who he was. Proud and defiant and, of course, provocative. Even when others were casting him out with fists and ridicule and the laughter of pure loathsome derision, he maintained an integrity and dignity that flew in the face of the cruelty that befell him."

Although Eamon is still a resident with his husband in Dublin, the 38 year-old actor revealed the pair had to travel to Canada in order to tie the knot, where their special day could be "celebrated."

"That's why this is personal to me," he continued. "The fact that my brother had to leave Ireland to have his dream of being married become real is insane. INSANE."

He added, "It's time to right the scales of justice here. To sign up and register to vote next year so that each individual's voice can be heard."

More: So, "True Detective" Season 2 Will Star Colin Farrell And Vince Vaughn. Who's Next?

According to a poll conducted in October by the Irish Times, more than 67 % of Ireland's voters are for same-sex marriages to be legalized. As the next election is in 2015, Farrell hopes this number will only rise.

"How often do we get to make history in our lives?" he asked. "Not just personal history. Familial. Social. Communal. Global. The world will be watching. We will lead by example. Let's lead toward light."