The 38 year-old actor recently revealed he is "so excited" to be starring the second season of the HBO drama.

Colin Farrell is the next huge Hollywood actor to take his talents to the small screen. The 38 year-old actor has reportedly confirmed that he will be one of the stars in the critically acclaimed HBO drama 'True Detective.' 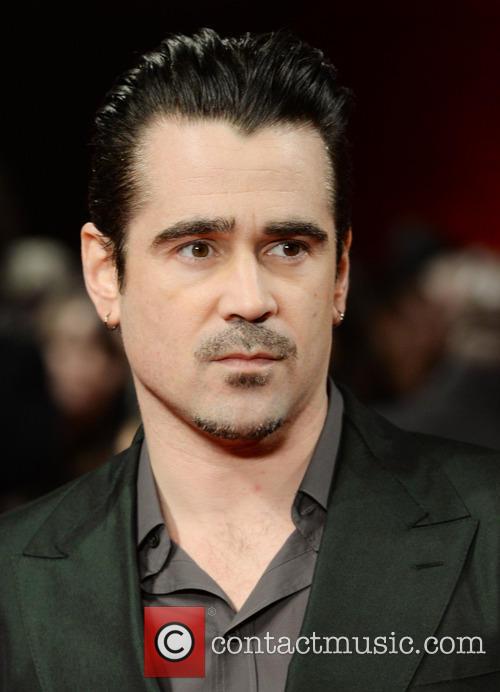 Farrell confirmed he would star in season 2 of 'True Detective'

Farrell revealed the "exciting" news himself when being interviewed by Irish newspaper The Sunday World, but the television network has not yet made an official announcement on the casting.

"I'm doing the second series. I'm so excited," the Irish star said. "I know it will be eight episodes and take around four or five months to shoot. I know very little about it, but we're shooting in the environs of Los Angeles which is great. It means I get to stay at home and see the kids."

Farrell was rumoured to be in consideration for a starring role back in July, other names attached to the show include Taylor Kitsch, Vince Vaughan, Elisabeth Moss and Rachel McAdams. But according to the newspaper, the 'Swat' actor also revealed the rest of the cast has not yet been finalized.

Farrell has spent the last decade starring in feature films including 'Seven Psychopaths', 'Total Recall, 'Minority Report' and 'Winter's Tale,' and hasn't appeared in any TV production since BBC's 'Ballykissangel' in 1998 and 1999, as well as a guest appearance on 'Scrubs' in 2005.

Harrelson and McConaughey in season one of 'True Detective'

The first series of 'True Detective,' which premiered in January, starred Matthew McConaughey and Woody Harrelson as two detectives over a timeline of 17 years as they try to track down a serial killer in Louisiana. The unsolved case has to rely on the law enforcers testimonies when re-opened, but as the story progresses the murder becomes more bizarre.

Although hardly any information about the second series is known, earlier this year the show's creator, Nic Pizzolatto, said in an interview, "This is really early, but I'll tell you (it's about) hard women, bad men and the secret occult history of the United States transportation system."