Colin Farrell realised he needed to quit drinking in 2005 when his body began shutting down and he felt he didn't have long left to live. 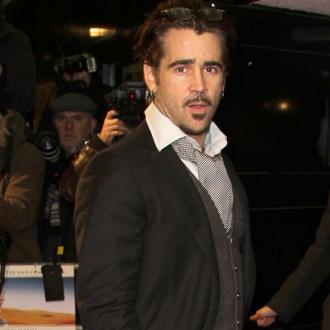 The 'Seven Psychopaths' actor - who battled alcohol and drug addictions for years - eventually decided to get clean and went to rehab in Antigua in 2005 after realising his body was shutting down on him.

He said: ''Obviously I'm not a doctor but you don't have to have a degree in medicine to know when your body's shutting down. I genuinely didn't think I had much longer.

''I'd reached the point where the only voices that had any clarity in the room were the voices of destruction and obliteration.''

The 36-year-old star claims he has always had an addictive personality and would obsess about particular kinds of food from a young age.

He told the Sunday Times magazine: ''I've been an addict since I was a kid. I'm not joking man - you can ask my mother. I had a Lion Bar addiction for six months when I was seven. Then I had a Coco Pops addiction. I'd go on Smash mashed potato binges, tins of tuna benders. Anything. I'd get addicted to a crosswind. Whatever made me feel good.''