Farrell is making his first ever appearance at the annual film festival.

Colin Farrell and Rachel Weisz have touched down at the Cannes Film Festival to promote their latest movie, The Lobster, a surreal comedy which pokes fun at the dating game. Directed by Yorgos Lanthimos the film was largely shot in County Kerry and is already generating buzz as the possible Palme d’Or winner. 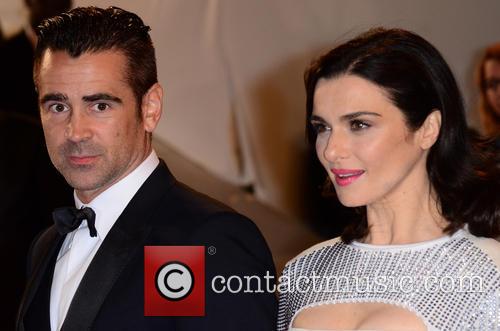 Colin Farrell and Rachel Weisz at The Lobster premiere in Cannes.

Farrell, who gained a few extra pounds for the role, stars as an architect who arrives at a hotel where the guests must find a partner within a certain time frame or be transformed into the animal of their choice. If worst comes to worst Farrell decides he would like to live on as a lobster. Yes this one is not your usual romantic comedy.

More: See All Our Pictures From The Lobster’s Cannes Premiere

Speaking at the film’s Cannes press conference Farrell said, “It’s the kind of film that being in it doesn’t mean I know any more about it than any audience member. I only have my own idea about it all.” The film also gave Farrell the opportunity to spend some time at home, something which he always enjoys. “I seem to find myself every two or three years shooting something at home,” he said. “It’s always a joy. It’s not by design. I’ve just been fortunate that things have come across my path.”

“Where we shot in Sneem in Co Kerry was an absolute joy. It’s a very particular place. But everything about this film was a very particular experience. I find the south west of Ireland inherently moving. And the people there have an incredible warmth.”

So far the film has received generally positive reviews from the critics. Variety described it as a, ‘wickedly funny, unexpectedly moving satire of couple-fixated society’. While The Telegraph’s Robbie Collin wrote that despite its ‘slicing weirdness’ it was surprisingly moving. Adding, “I haven’t seen anything quite like it before, and I’m still not sure that I have even now. This is the kind of film you have to go back to and check it really happened.”