Coldplay frontman Chris Martin has revealed the band's flashing 'Xylobands', which they are using on their 'Mylo Xyloto' tour, were created by a sex toy inventor. 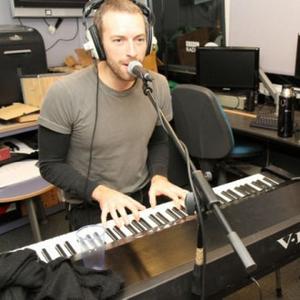 Coldplay's flashing wristbands were created by a sex toy inventor.

The band has introduced an innovative concept on their 'Mylo Xyloto Tour' whereby every audience member is given a wristband which flashes different colours at different points during the live shows.

Speaking on XFM radio show Smart On Sunday, the singer said: "There's a guy called Jason who likes Coldplay. He used to make mobile phone vibrating sex toys. Basically he's an inventor. I think he came to Glastonbury this summer and he had an idea while we were playing to make these glowband things. He contacted us and said, 'What do you think?' And we said, 'It sounds like the best idea ever'... and now we have them for every person who has a ticket."

The band used the wristbands to great effect at their concert at London's The 02 arena on Friday (09.12.11).

The four-piece - which is also comprised of guitarist Johnny Buckland, bassist Guy Berryman and drummer Will Champion - lit up the sold-out venue with the wristbands, known as 'Xylobands', as they played a set packed with hits.

They came on stage to the theme song from the film 'Back To The Future' and opened the show with 'Hurts Like Heaven' - taken from their new album 'Mylo Xyloto'.

The most spectacular moment of the concert came when the group performed latest single 'Paradise' as the wristbands blinked a multitude of colours during the song's chorus.

Other highlights included, 'In My Place', 'Fix You', 'Yellow' and 'Charlie Brown' and at one point giant balloons were released from the ceiling which Chris enthusiastically kicked from the stage and along a gangway into the audience and as they burst they released confetti.

The band used the 'Xylobands' for their performance on 'The X Factor' final on Sunday night (11.12.11) and are so impressed with the device they have invested in RB Concepts and the company is pitching for the gadget to be used at the 2012 London Olympics.

Coldplay's tour now moves onto Europe and their next concert is at the Palais Omnisports de Paris-Bercy arena in Paris, France.