Coldplay have rediscovered a love for playing their classic single 'Yellow', according to their roadie. 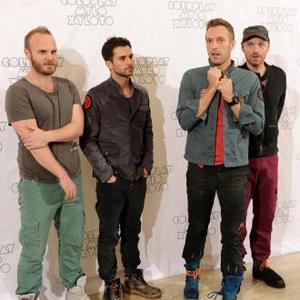 Coldplay have rediscovered a love for playing their classic single 'Yellow'.

The British band achieved worldwide fame in 2000 with the song but twelve years later they are still happy to play it and are ''loving every minute of it''.

An entry on the band's Roadie42 blog describing the band's recent performance on 'Good Morning America' said: ''Come stage-time, the fellas rip into Yellow with impressive gusto given the hour.

''It's funny, 'Yellow's been around longer than I've been working for the band, so it's always been like part of the furniture for me, but lately I've loved watching them play it all over again. Four fellas making a glorious noise and looking as though they're loving every minute of it.''

The roadie has previously claimed the 'Paradise' hitmakers - Chris Martin, Guy Berryman, Will Champion and Jonny Buckland - have not lost any of their enthusiasm for performing but are now ''more focused'' on putting ''intensity and power'' into their tracks.

He said: ''I don't really see any change to their intent. The music they play now is no less passionate than when I met them. If anything, I'd say they're more focused on their intensity and power.

''They're a different band in many ways, but they're still carrying the very same flag. They're still making passionate music.''