The band will perform at Kensington Palace on June 28th in aid of charity Sentebale.

Coldplay will perform in front of just 3,000 people next month at a charity event in the public gardens of Kensington Palace, in aid of Prince Harry’s charity Sentebale. Coldplay will be joined at the June 28th gig by acts including Laura Mvula and African-Norwegian duo Nico & Vinz. 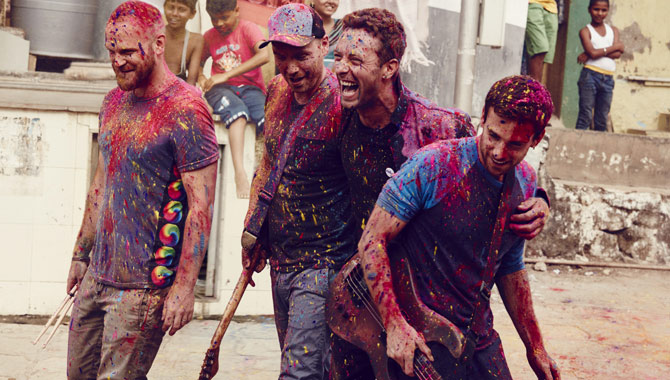 Coldplay will perform at Kensington Palace on June 28th.

Sentebale was set up by Prince Harry and Prince Seeiso of Lesotho in 2006, in memory of Harry’s mother Princess Diana. The charity aims to help vulnerable children in Lesotho and Botswana who are victims of extreme poverty and the countries’ HIV/AIDS epidemic.

In a statement Coldplay said: “We’re delighted to join Prince Harry for this very special concert and to support Sentebale’s incredible work with adolescents affected by HIV in Lesotho and Botswana.” The event is in partnership with The Handa Foundation and is supported by The Quintessentially Foundation.

The money raised at the event will go towards Sentebale’s monthly Saturday clubs, caregiver days and residential week-long camps at the newly opened ‘Mamohato Children’s Centre', which delivers psychosocial support to children living with HIV in Lesotho and Botswana.

The event will also feature British singer songwriter Laura Mvula, the African-Norwegian singing and songwriting duo Nico and Vinz, and spoken word artist and newly appointed Sentebale Ambassador, George Mpanga, known as George the Poet, along with other acts to be announced soon.

Cathy Ferrier, CEO of Sentebale said in a statement: “At Sentebale, we are ever more committed to play our part and use all our resources to help and support many more children living with HIV. The concert is about bringing people together who can make a difference. I look forward to seeing you on the 28th June.”