The band’s seventh album ‘A Head Full Of Dreams’ is released on December 4th.

Coldplay have confirmed details of their first world tour since 2012’s Mylo Xyloto Tour. The A Head Full Of Dreams tour will begin in March of next year, kicking of in Buenos Aires. The tour follows the release of the band’s seventh studio album, which drops on December 4th. 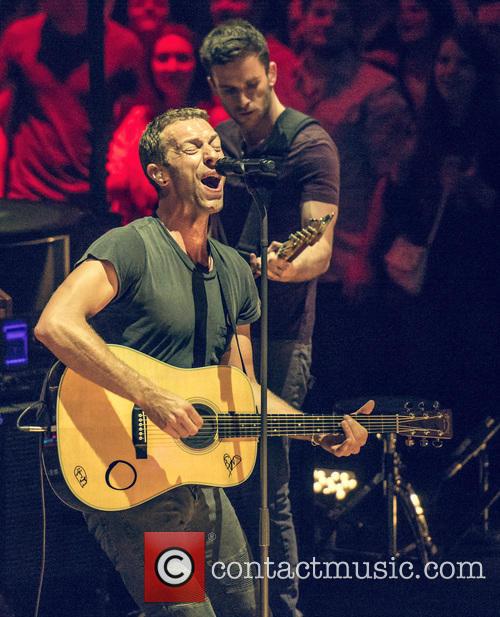 Coldplay have announced their A Head Full Of Dreams world tour.

The tour sees the band playing 20 stadium shows across 14 countries in Europe and Latin America. The dates include three UK shows in Glasgow, London and Manchester. Tickets for the shows will go on general sale November 27 at 9.30am, however a pre-sale will be held at 9.30am on November 26, for anyone who pre-orders the album on Amazon before midnight on November 23.

A Head Full Of Dreams is rumoured to be the band’s last album together, with Chris Martin telling Zane Lowe last year: "It's our seventh thing, and the way we look at it, it's like the last Harry Potter book or something like that.”

"Not to say that there might not be another thing one day, but this is the completion of something. "I have to think of it as the final thing we're doing. Otherwise we wouldn't put everything into it."

Speaking to BBC Radio 1 and Radio 2 earlier this month, Martin explained why the band chose not to hit the road with Ghost Stories in 2014 and why this time it’s different. "I think that not going on tour with Ghost Stories was one of the best decisions we ever made.”

“It gave us such pent-up energy in the studio and completely reignited everyone's desire to go around the world and play music. A Head Full Of Dreams was written to be performed live. We can't wait to do that,” the frontman added.

The ‘A Head Full Of Dreams’ tour dates are as follows: