Their promotional campaign for brand new album 'A Head Full of Dreams' will see them perform for millions at Super Bowl 50.

Coldplay will provide the headline entertainment during next year’s Super Bowl half time show, it has been confirmed, and the band themselves say they’re “excited and honoured and thrilled” to be given the responsibility.

Lead singer Chris Martin described it as the “greatest moment” in Coldplay’s career, as the band themselves revealed the news via their Twitter account. They also said that their show would reflect the past, present and the next 50 years ahead – marking the milestone of Super Bowl 50, which will be held at Levi’s Stadium in Santa Clara, California on February 7th, 2016. 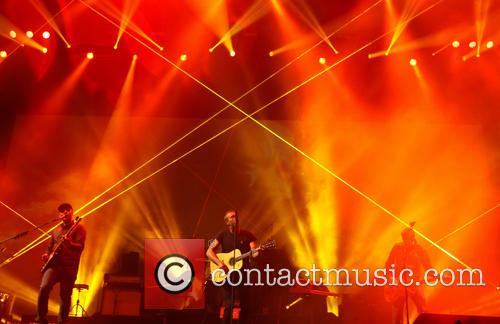 A record-breaking 118.5 million viewers in the United States (and hundreds of millions more around the world) watched Katy Perry, with a little help from Left Shark, perform in 2015’s Super Bowl back in February.

Recent half-time performers have also included Beyonce, Bruno Mars, Prince and Madonna, alongside rock titans such as The Who and Bruce Springsteen.

More: Coldplay to embark on ‘A Head Full of Dreams’ world tour in 2016

In a short video, both Martin and the group’s artistic director Phil Harvey gave their reactions to the news and revealed that there would be a special guest performing with them. “Today, it's about how do we stage our special guest," Harvey said. "Yesterday, what I was nervous about was all about the set list.”

Martin said he was also “really, really nervous”. “This is the greatest moment in our band's life,” he enthused. “We are going to give it everything we have.”

The news comes on the same day that Coldplay release their seventh studio album A Head Full of Dreams, which many believe will be the group’s last. On Thursday night, the eve of the release, the group played a tiny gig at St. John At Hackney Church in East London that was broadcast live on BBC Radio 1.