The rumours are true! Coldplay have just been confirmed as the very first headliners for Glastonbury 2016 after months of speculation. Further line-up additions are yet to be announced but are expected to feed into public consciousness throughout the Spring. The gig will mark Coldplay's first and only festival date of the year. 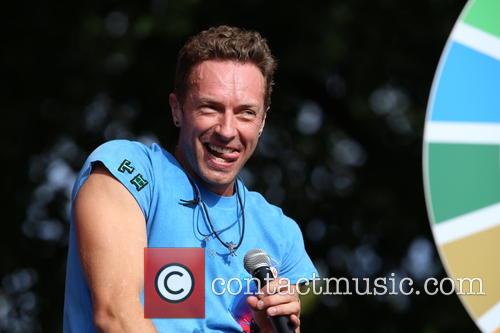 Coldplay return to Glastonbury after 5 years

The 'Adventure of a Lifetime' singers will be headlining the legendary Pyramid Stage at Glastonbury Festival 2016, with a confirmed date of June 26th; the Sunday. The show will be the band's fourth appearance at the UK event, having previously performed in 2002, 2005 and 2011. Their presence will be very much welcomed after the massive success of their 2011 set, which was subsequently voted Top Glastonbury Moment of all time on BBC Radio.

Coldplay announced their presence at the festival simply by posting an image of the farm on Twitter, alongside a signpost with the date 'Sunday, June 26th'. The date will come as part of their A Head Full Of Dreams Tour which will begin in March and take them across South America, Europe and then North America. Among the shows include a four-date residency at Wembley Stadium in London, two consecutive gigs at MetLife Stadium in New York and another couple of shows at Rose Bowl in Los Angeles.

The band released their latest album, 'A Head Full of Dreams', in December 2015, topping the UK Albums Chart with Platinum sales and reaching number two in the US. It features the singles 'Adventure of a Lifetime' and 'Hymn for the Weekend', as well as the promotional releases 'Everglow' (featuring backing vocals from lead singer Chris Martin's estranged wife Gwyneth Paltrow) and 'Birds'.

Their Glastonbury performance is announced fresh off the back of their successful headline spot at the Super Bowl 50 where they were joined by Beyonce and Bruno Mars.