Coldplay Turn To Restorative Powers of 'Fix You' For Mick Jagger

Chris Martin and Coldplay dedicated 'Fix You' to Mick Jagger in New York.

Coldplay's Chris Martin dedicated a rendition for Fix You for the grieving Rolling Stones man Mick Jagger during a show at the Beacon Theatre in New York City. "It's for Mick Jagger," Martin told the crowds, just days after a memorial was held for Jagger's longtime girlfriend, fashion designer L'Wren Scott. 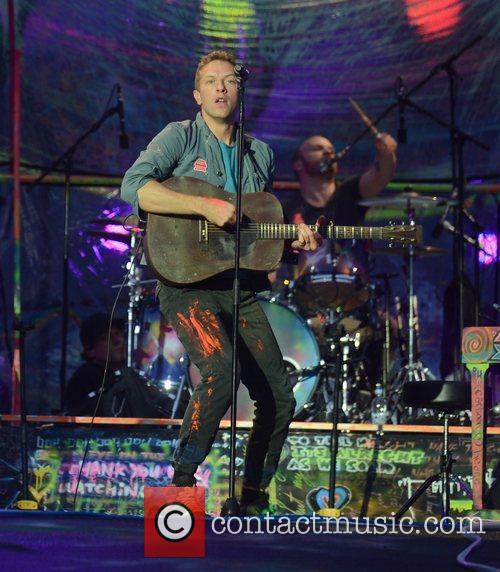 According to Rolling Stone, the service was held at Manhattan's St Bartholomew's Church and attended by the likes of Sarah Jessica Parker, Martin Scorsese, Julianne Moore, Meg Ryan, and Jagger and Scott's family and friends.

L'Wren Scott was found dead in her Manhattan apartment from an apparent suicide. Jagger said in a statement: "I am still struggling to understand how my lover and best friend could end her life in this tragic way. We spent many wonderful years together and had made a great life for ourselves. She had great presence and her talent was much admired, not least by me."

Coldplay's show was a precursor to the release of the band's new album Ghost Stories. Over the weekend, the group played Saturday Night Live, where they performed lead single Magic. The song refers to Martin's "conscious uncoupling" from wife Gwyneth Paltrow.

At the Beacon show, Coldplay closed their show with 'True Love', calling it "the best song off our new album," and pleading with fans not to upload it to YouTube.

Watch Chris Martin entertaining the crowds at his L.A. show: