Chris Martin confirmed that their seventh album will be released on December 4th, and debuted the band's the new single.

Coldplay have revealed the release date of their seventh, and possibly final, studio album, and it’ll be out before the end of 2015.

The band’s lead singer Chris Martin appeared on Nick Grimshaw’s BBC Radio 1 breakfast show on Friday (November 6th) to announce that A Head Full of Dreams will be out on December 4th. Grimshaw also premiered the album’s first single, a summery track entitled ‘Adventure of a Lifetime’. 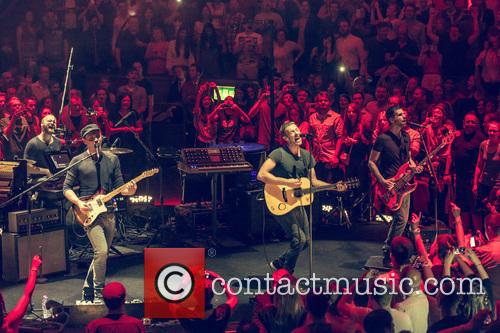 The record will also feature a clutch of rather surprising guest appearances, ranging from Beyonce to Noel Gallagher to Swedish singer Tove Lo. It was completed three weeks ago, according to Martin, and was recorded in Los Angeles, Malibu and London.

The group has previously hinted that this album could be the last one they ever make, with Martin saying roughly a year ago that its recording felt like “the completion of something”.

More: Glastonbury 2016 tickets sell out in just 30 minutes – but who will headline the festival?

“It's our seventh thing, and the way we look at it, it's like the last Harry Potter book or something like that,” he told Zane Lowe last year. “Not to say that there might not be another thing one day, but this is the completion of something. I have to think of it as the final thing we're doing. Otherwise we wouldn't put everything into it.”

2014’s Ghost Stories, which saw them return to a more intimate sound after the stadium-oriented bombast of Viva La Vida… and Mylo Xyloto, was the fourth-biggest selling album worldwide last year, even though Coldplay barely did any touring to promote it.

Instead, they quickly returned to the studio after its release in May last year, and set about recording the follow-up.About the record’s mood, Martin said it was “a more colourful, more joyful sort of thing. It's the sound of us being free and happy and very grateful to be in our group.”

Rumours have been abounding since the summer that Coldplay would be headlining Glastonbury in 2016, for what would be the fourth time in their career. In the interview, the band remained cryptic about their possible return.

“We'd love to do it. That's our spiritual home, as a band,” said Martin. “Maybe we should have called ahead and asked them!”

More: Coldplay recording “final album” – are they consciously uncoupling from their career?