The Coldplay frontman also thinks she’s the Frank Sinatra of our generation.

Coldplay frontman Chris Martin has found a unique why to describe Rihanna’s voice, by comparing it to a ‘beautifully squeezed tube of toothpaste.’ Speaking to The Guardian, Martin praised the Barbadian singer’s rich vocals, saying she can turn ‘anything into gold’. 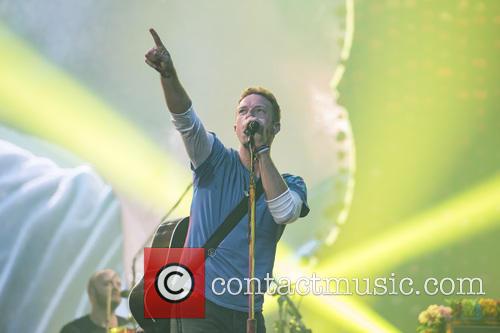 Chris Martin thinks Rihanna’s voice is like a beautifully squeezed tube of toothpaste.

“She is the Frank Sinatra of our generation. She can turn anything into gold with that voice. Here’s the thing: if you speak to a good singing teacher about great opera singers, they will talk about consistency of tone."

"Or there’s a book by Alfred Tomatis about why some people like certain people’s voices and other people hate them, like Bob Dylan or me or whoever, some people say, ‘Oh, I hate that voice’, so there’s a thing about people’s frequency responses – what they are pleased by. Rihanna has this thick tone, so it’s very hard to annoy anybody."

"It’s like a beautifully squeezed tube of toothpaste. When you think of Rihanna’s voice you think of this whole, rich thing, solid like a tree trunk, and. Drake is pretty similar. But Rihanna’s voice is just delicious for your ear. Sinatra had the same thing; anything he sang sounded pleasing to most people.”

More: Has Rihanna Recorded A Song For The 'Star Trek Beyond’

On Sunday (June 26) Coldplay will headline Glastonbury’s Pyramid Stage for the fourth time in their career. Martin says the night will be “magical – even if it rains. We’ve played it in all weathers. We’re in a time when a lot of things separate and divide us, Brexit, walls.

“So hopefully our concerts are saying the opposite at the moment,” he added. “Everyone in our band comes from disparate places, but Glastonbury is the one place we all feel we come from.”