Review of Live 2012 Album by Coldplay

Coldplay's new Live 2012 release is far from a way to cash in on the platinum success of Mylo Xyloto, despite a release date suspiciously close to Christmas. While the more cynical members of the record buying public may not view Coldplay as being 'cool', even they couldn't deny that Live 2012 is somewhat of a triumph. 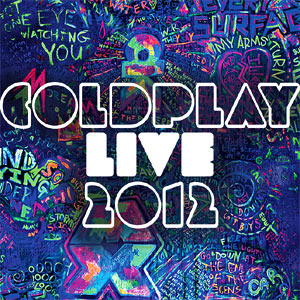 The overall package is a masterclass in how to entertain millions of people with arena rock at its best. Even the band themselves admit that this is the first time they've toured without worrying about what people think. Both the Blu Ray and accompanying CD demonstrate that, thereby creating a companion piece to Mylo Xyloto that adds context to that record rather than just re-treading the hits in a live setting.

Comparing Live 2012 with Coldplay's similar package from 2003 also reveals a band that's now less awkward and self-conscious. The most interesting moments here are actually not to be found in the concert footage itself, but rather in the behind the scenes interludes that punctuate the performances. Each band member has an opportunity to reveal not only their enthusiasm for playing live around the globe, but also their perspective on the different elements that have made up the tour. These short vignettes include details of how the Mylo Xyloto artwork evolved and how they tried to translate that to a live setting with audience members wearing glowing wristbands. This peek behind the curtain is beneficial as it makes the gig footage from 3 different stops on the tour (including their most recent Glastonbury headline set) more engaging.

However, by dividing up the live footage there is a slight pacing issue with the film itself. At times the rather jarring transition from moments of stadium euphoria to black and white introspection can be a little distracting. This actually benefits the accompanying CD though, as it's freed from the gravitas of the narration and allows the music to take centre stage. Live 2012 includes some nice musical moments too. There's the low-key piano intro to 'Yellow', a guest appearance from Rhianna during 'Princess Of China', and the stripped back intimacy of 'Us Against The World'. All of the other elements of big choruses and sing-along's spanning the entire Coldplay back catalogue are present and correct. The new material from Mylo Xyloto fits nicely alongside the older material and Chris Martin's voice seems to have found a renewed strength to cope with the massive venues the band now fills.

Much of the footage here looks impressive too, filled with confetti explosions and superimposed elements that were used on the live video screens. So while Live 2012 isn't without its minor flaws (such as a lack of extras beyond two bonus tracks and a photo gallery on the Blu Ray), the overall package does feel like a lot of care and attention has gone into it. While it's squarely aimed at the more dedicated Coldplay fan, Live 2012 is also a good example of why the band has been so staggeringly successful, winning over audiences one at a time with their impressive live shows.