8. Bring Me The Horizon - That's The Spirit
Probably the only pop record in this top ten, from one of the bands who have adamantly done their own thing, on their terms, since day one. With That's The Spirit, Sheffield's one-time heaviest export have conquered the mainstream.
All the stylistic hints that laced Sempiternal have come to fruition on the record, driven by keyboard & electronics man Jordan Fish. It's his influence that has turned Bring Me The Horizon into a band that are ready for headlining festivals.
Avalanche & What You Need are massive arena rock songs, while the trio of singles - Happy Song, Throne and especially True Friends will be at their best in front of tens of thousands.
It's not perfect though, it tails off somewhat after Drown, and the appearance of a saxophone during Oh No arrives firmly from leftfield.
But these are minor points. Doomed is the most musically interesting track on the album, and the songwriting throughout is superb. That's The Spirit is the sound of rock music in 2015.

7. While She Sleeps - Brainwashed
From one Sheffield export to the next. While She Sleeps have been one of the most exciting breaking bands in the UK, with debut record This Is The Six promising great things.
They've followed it up, too. Brainwashed is frankly superb. More varied, creative and expansive than This Is The Six, it's a statement from a band who have packed more ideas into each track than others would beg to touch on in an album.
It's a better record than their much-lauded debut, and yields so much on repeat listens. Let it seep into your bones and all of a sudden it's the guitar lines through Modern Minds, it's the slow build to Four Walls and the staggering riff & drum work on the title track that'll be seared into your memory.

6. Enter Shikari - The Mindsweep
Enter Shikari have spent the last decade at the cutting edge of rock music, and The Mindsweep is no exception. It's Politically driven, with cutting lyrics that prove that there's still fire burning after 13 years together.
Rou Reynolds has never sounded better, and the dynamism through The Mindsweep is its biggest strength. Myopia is sprawling, while Torn Apart is as heavy and jarring as any moment on the record.

5. Neck Deep - Life's Not Out To Get You
One of pop punk's favourite tropes is the sense of escapism, of leaving home behind. It'll come as little surprise to hear that one of the year's best pop punk records has emerged from Wrexham, north Wales. While the genre has been watered down, and thinned so much that the punk is an afterthought to the pop, this record is refreshingly full of heart, blessed with genuine pace and tasty riffs. Congratulations Neck Deep, you've made a fan of a pop punk skeptic.

4. Heart of a Coward - Deliverance
Heart of a Coward have made a habit of writing superb metal records, while sailing agonisingly under the radar. 2013's Severance was a monster, and Deliverance is no deviation from their journey.
There's moments that hearken to Gojira's finest - Anti-life's stomp could fit comfortably alongside the French metal titan's finest moments, but it's the expansive moments that crown Turmoil I & II that live longest in the memory.

2. Parkway Drive - IRE
In all of Parkway Drive's pre-album release press, they spoke of changing their sound and moving forward as a band. After firmly establishing their status as true kings of the beatdown with stellar showings in Horizons, Deep Blue and Atlas, hearing of a departure came as a surprise, and raised eyebrows.
Fortunately, it's a gamble that has fully paid off for the Australian five-piece. Ire is a truly exceptional piece of music.
It's not the 80s metal-referencing Vice Grip, nor the Rage Against The Machine-tinged Crushed, or even the mostly spoken-word Writings On The Wall.
It's that Fractures is the best Iron Maiden song since The Wicker Man (yep, back in 2001), and it's McCall's staggering, roaring vocal line through album closer A Deathless Song. This is a sound of a band reinventing themselves, and absolutely smashing it. It's a strong statement, and one with huge potential.
Hats off to Parkway Drive. 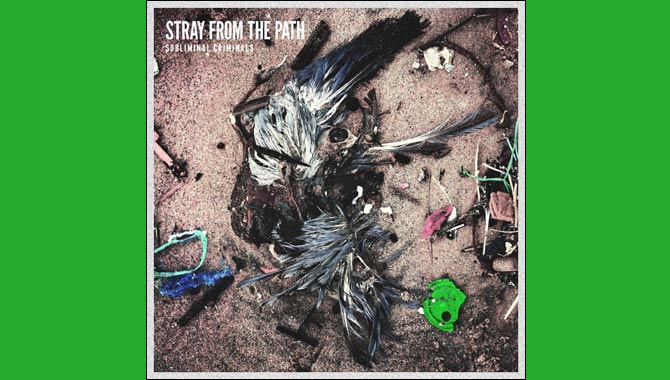 1. Stray From The Path - Subliminal Criminals
Equal parts white-hot aggression and undeniably infectious groove, Stray From The Path have turned in the finest album of their 11-year career, and this writer's album of the year. Snap & Shots Fired bounce so hard it's almost not fair, and they're two tracks hidden in the album around the singles.
Lyrically it hits hard, Badge & A Bullet (Part 2) is a defiant fist in the face of police brutality, while the darkly predator-referencing D.I.E.P.I.G doesn't hold back in the slightest.
There are guest spots for Sam Carter from Architects & Enter Shikari's Rou Reynolds on First World Problem Child & Eavesdropper respectively. They both sound amazing, and add further credence to the record.
There's no wasted second from the moment where Drew York screams 'How can you justify?' to kick off The New Gods, to the dying strains of These Things Have To Fall Apart.
It's music that'll put an extra yard in your step, clench your fist and curl the corner of your lip. What an album. 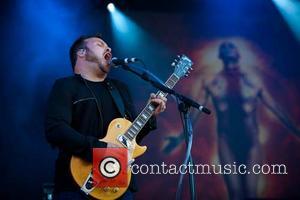