Joel and Ethan Coen like nothing more than getting their old friends together for a project, which is exactly what’s happening with ‘Hail, Caeser!’ – their new film, announced today by Universal Pictures.

The film, a comedy, which we can only imagine will be of the dark persuasion given the Coen’s penchant for black humour, centers on a 1950s-era Hollywood “fixer” named Eddie Mannix, according to Deadline. 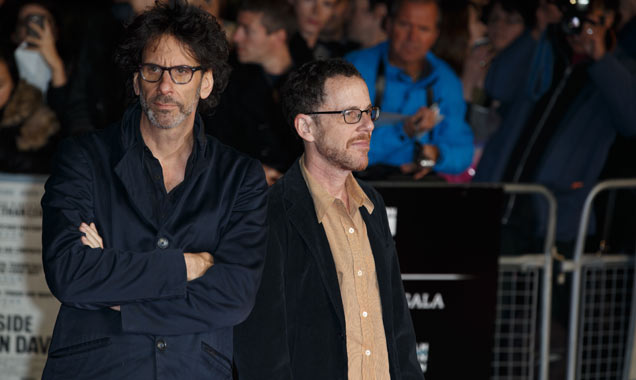 Josh Brolin starred in the Brother’s No Country for Old Men and True Grit, while join perennial collaborator George Clooney enjoyed roles in Burn After Reading, Intolerable Cruelty and O Brother, Where Art Though.

Joseph Edgar Allen John Mannix - aka Edgar J. "Eddie" Mannix – worked as an executive in the film industry in the 50s; he was vp and general manager under Louis B. Mayer and Dore Schary at MGM.

His wife had an affair with actor George Reeves, who was later found with a gunshot wound to the head. This was later ruled  by the L.A. County coroner’s office to be suicide, but an air of mystery still surrounds his death, and questions persist.

The Coen Brothers are fresh off another bout of not-unfamiliar critical acclaim from Inside Llewyn Davis - a black comedy focussed on New York’s folk music community in the 1960s. It served as Oscar Isaac’s breakthrough; he’s recently been announced as part of the Star Wars Episode VII cast and is receiving cheer for his turn in The Two Faces of January.

Fargo, which saw the Coen Brothers land a writing Oscar, is currently in the throws of a TV adaptation on FOX and Channel 4 in the U.K. Appropriatly, we await their next project with breath well-and-truly baited.