Cody Simpson and Gigi Hadid have sparked rumours they're back together and were ''inseparable'' at an event in Los Angeles. 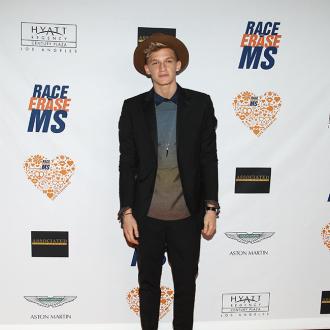 Cody Simpson and Gigi Hadid have sparked rumours they're back together.

The 17-year-old singer and the 19-year-old model, who split in May after a year of dating due to their busy schedules, were reportedly ''inseparable'' at the Just Jared Homecoming Dance in Los Angeles last night (20.11.14).

A source said they never left each other's side, held hands, danced and chatted to friends, including Kendall Jenner, at the event before attending The Nice Guy after party together.

The eyewitness told E! News they: ''looked like a giddy young couple and left together holding hands at 2am.''

The pair ended their romance on good terms earlier this year in the hope that, one day, they might rekindle their romance.

Shortly after their split, Gigi told Women's Wear Daily: ''We're still best friends and I'll always respect him and support his career. I love Cody to death and he loves me.

''He needed his time to focus on his music. He's the one who broke up with me.''

A spokesperson for 'La Da Dee' hitmaker Cody also said at the time: ''They decided that rather than let things sour that they split up in hopes that their lives might someday bring them back together.

''They remain close friends and will continue to show their support for one and other.''