Pop Star Cody Simpson Has Sparked Rumours Of A New Romance After He Was Spotted Partying With The Daughter Of Australian Surfing Legend Tony Ray. 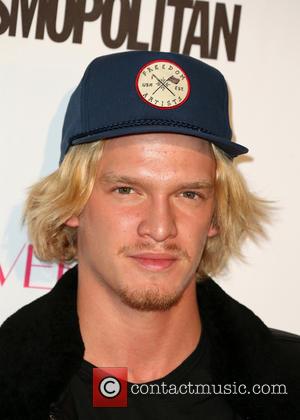 The Flower singer split from model Gigi Hadid after two years of dating on and off in May (15), and now he has been linked to another runway beauty, Sahara Ray.

The young couple was photographed together leaving Los Angeles nightclub On The Rox over the weekend, hours after Cody shared a Snapchat post of himself and Ray posing for a 'selfie' in a dimly-lit corridor.

Neither Cody nor Sahara have commented on the romance speculation.

Ironically, Sahara bears a striking resemblance to Cody's ex and it's clear he has a 'type' - he recently revealed he almost hit on Gigi during a flight in June (15).

The exes had been unexpectedly seated together as they left Toronto, Canada following the MuchMusic Video Awards, and Cody shared his surprise with fans by posting a photo of the pair on Snapchat.

"When you get seated next to ur (your) ex on a plane", he wrote alongside a skull face emoji.

He later opened up about the uncomfortable encounter during an interview with Australian radio station Nova, during which Cody confessed he nearly flirted with his former love before he realised who she was.

Gigi had already moved on to date her current beau, Joe Jonas, at the time of the awkward plane ride.