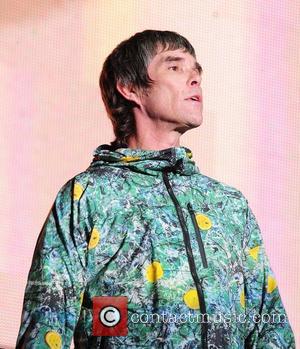 How do you top having a dead man headline your festival? Well, in all honestly, you’re not going to. Coachella’s talent bookers must have been scratching their heads in bewilderment when it came to topping last year’s Tupac hologram and they’ve done the best they can, given the lack of deceased artists willing and able to play Coachella 2013.

The two Friday nights (the festival takes place both on April 12 – 14 and April 19 – 21) are looking like a highlight for fans of the Britpop revival, with Blur and Stone Roses lending a very British end to the evening. A newly invigorated Yeah Yeah Yeahs (well, Karen O’s dyed her hair blonde, does that count?) also play the Friday, as well as Modest Mouse, Lou Reed and Jurassic 5. Saturday has the French band Phoenix headlining, in support of their recently-announced new album. They’ll be preceded by British electronic gloom-pop band The XX, as well as Postal Service and New Order. The line-up for the Sunday nights is a slightly heavier one, with Red Hot Chili Peppers headlining, Nick Cave and the Bad Seeds making yet another return (Cave will be raking it in that weekend, as his other band Grinderman also play the Fridays), Social Distortion and Wu Tang Clan.

Coachella always has an impressive array of legendary / stalwart alternative acts as well as the hottest new bands you’ve only just heard of. What they haven’t got, is anything that’s going to grab the headlines, or the public’s attention in the same way that Tupac’s hologram did. 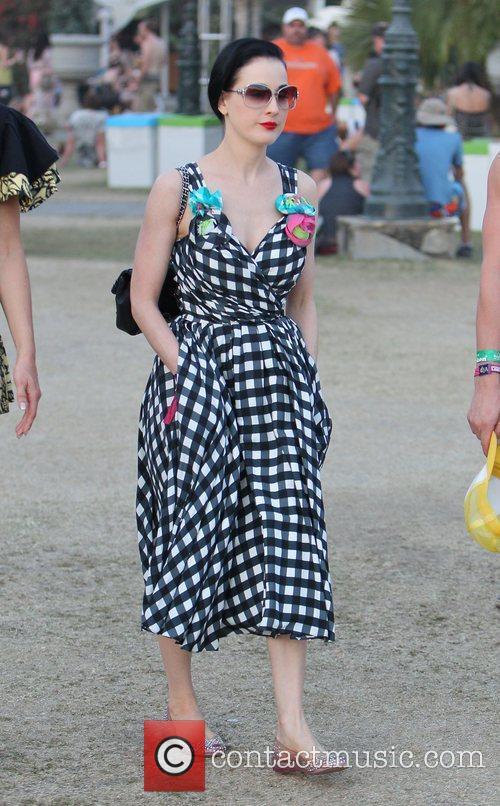 Dita Von Teese shows off her festval style at Coachella