It wasn't Outkast's smoothest show to date, but fans were just happy to have Andre and Big Boi reunited on stage .

Outkast – aka Big Boi and Andre 3000 – reunited for the first time in 10 years at Coachella Saturday night. It was a pretty big deal. The set was broadcast live, so even those unlucky souls who couldn’t shell out for the festival/didn’t feel like traveling for hours to have the three dustiest, most exhausting days of their lives, got to see Outkast perform. The gig generated 90,000 tweets in 24 hours, and by Monday afternoon the recorded set had been viewed more than 1.7 million times, according to NPR.

Andre's most recent endeavor was playing Jimi Hendrix in a biopic, to be released later this year.

There’s a lot of excitement in the air right now about the reunion, especially since Andre and Big Boi announced their 2014 festival tour. So far the tour includes 18 dates, with 40 gigs promised, but Outkast have made it clear that the reunion is not permanent. The duo are calling it a “victory lap” – a thank you to their loyal fans.

The gig definitely geared towards said fans. The set was peppered with some of Outkast’s most recognizable hits – the likes of Hey Ya and Sorry Miss Jackson made an appearance, of course, but kicking things off B.O.B. was obviously a nod to the diehards. It was not a sing along kind of show. There were plenty of fans, who were disappointed by the performance, not the setlist, as well. By Monday, the show was deemed a flop by some news outlets. It was mostly tech difficulties that ruined it for some fans. Still, there were some diehard supporters out there.

Despite all the controversy I still think @Outkast absolu

tely killed it! The setlist was godly. Planning a write-up for Coachella Monday— Dozens Of Donuts (@DozensofDonuts) April 12, 2014

Still, the casual Coachella goers presumably got something out of it too (besides the chance to see Outkast live, which might be a once in a lifetime experience after this summer). With guest performers like Janelle Monae, Future and Sleepy Brown, there was never a dull moment – even for folks, who don’t know the lyrics.

As of yet, there are no plans for an album or even a Greatest Hits to come out of the reunion. Andre is currently neck deep in a budding film career, while Big Boi has mentioned working on a third solo EP, which should be coming out right about… well, right about Coachella, so we might be hearing something about that soon. 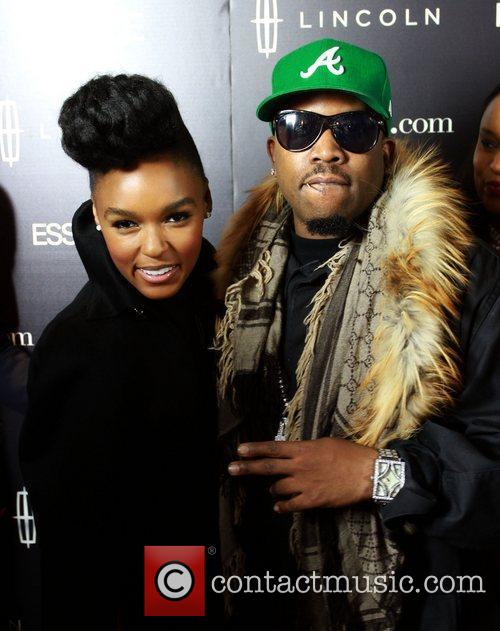 Even Janelle Monae made an appearance.