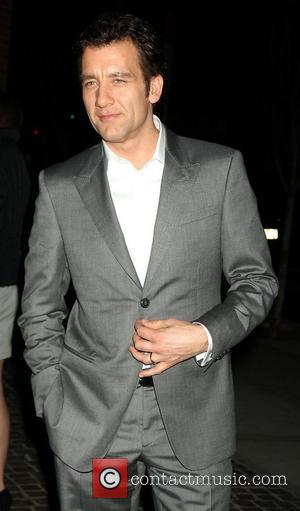 Actor Clive Owen has become an Ernest Hemingway expert after scoring private tours of the writer's home in Cuba and his hang-outs in France while researching new movie Hemingway & Gellhorn.
The Children of Men star was given access to places many Hemingway fans can only dream of visiting, including the inside of the home that has become a museum to the literary icon.
Owen tells BlogTalkRadio.com, "It was an amazing experience. Basically when he died his wife took all the expensive paintings out and donated everything else to the Cuban government. They locked the place down and they let tourists in, but only into the grounds - so you can look through the window.
"They knew I was coming and I got set up to see everything and it was all there; his book collection, his record collection, his clothes were in the closet, his typewriters. There was nowhere else in the world where you would have kept something like that. It was like you walked into somebody's home. It was really incredible.
"They were incredibly lovely there and so knowledgeable about everything Hemingway. He really has left his mark all over Havana. The people of that house were so helpful.
"I also did Hemingway's Paris and some expert took me around everywhere that he lived and drank. It was a great few months immersing myself in all things Hemingway. I'm a big fan of his short stories. I think he really was a special writer."