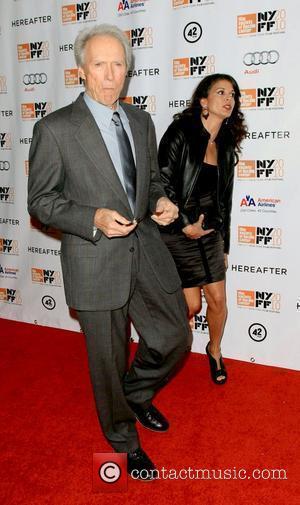 Moviegoers heading to the theaters this weekend to see Hereafter may likely have been wondering what, at the age of 80, was Clint Eastwood going to say about the hereafter? Well, quite a lot, say some critics; not nearly enough say others. Indeed rarely has a film evoked such clashing reaction from critics. Some are hailing it as another Eastwood masterpiece, while others -- they're about equally divided -- are expressing forlorn disappointment with it. Most agree that the opening CGI sequence in which one of the characters appears to drown in the Indonesian tsunami is an astonishingly realistic sequence, brought off with consummate artistry. They divide right and left over the low-key ending, however. "Eastwood's latest is serenely, even masterfully eccentric," writes Ty Burr in the Boston Globe , "the sort of movie that begins with a tsunami and ends with a kiss." But Michael O'Sullivan in the Washington Post has quite the opposite reaction, writing that the movie simply "fizzles" out at the end. "It starts out with a tsunami -- and ends up standing in a puddle," he observes. The critics are also divided over the pacing of the film. Writes Claudia Puig in USA Today "The narrative's complexity has a quiet force that requires an unhurried pace. Our compassion for each of the key characters is enhanced by the measured storytelling." And Kenneth Turan in the Los Angeles Times praises Eastwood's "quiet but potent filmmaking that believes nothing is more important than the story it has to tell." Liam Lacey in the Toronto Globe and Mail writes that "the methodical pacing compels you to feel the weight of the individual episodes" involving the three principal characters. But Kyle Smith in the New York Post remarks, "The movie drags, yet it feels like it's missing an hour." Joe Neumaier in the New York Daily News calls Eastwood's direction "laconic" and "lethargic." And Michael Phillips in the Chicago Tribune comments that viewers watching the three tales intertwine are likely "to become a tiny bit antsy with Hereafter . With his trademark blend of stoicism and savvy manipulation ... Eastwood refuses to pump up the melodrama." Critics praising the movie slightly outnumber those who are writing it off as a misfire. In a parenthetical comment, A.O. Scott in The New York Times remarks that the movie "has the power to haunt the skeptical, to mystify the credulous and to fascinate everyone in between." Scott concludes "It leaves you wondering, which may be the most fitting way of saying that it's wonderful." Roger Ebert in the Chicago Sun Times says that he found the film "enthralling." But Ebert finds compelling what some of his colleagues find frustrating. He writes "Eastwood and his actors achieve a tone that doesn't force the material but embraces it Not dreamlike, but evoking a reverie state. These characters are not hurtling toward the resolution of a plot. There is no 'solution' to their stories. " It is, he concludes, "the film of a man at peace."