Clint Eastwood Tired Of Himself

Veteran actor-and-director Clint Eastwood prefers being behind the camera as he is ''tired'' of seeing himself on screen. 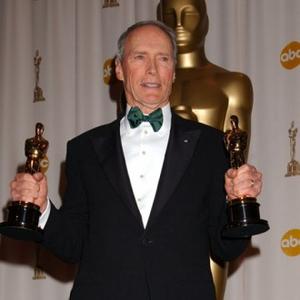 Clint Eastwood has "become tired" of seeing himself on the big screen.

The actor-and-director - who will turn 80 on May 31st - prefers to stay behind the camera and allow younger stars to take centre stage, but insists he has no plans to quit acting altogether.

He said: "I leave that to younger actors now. I'm not a prize fighter who has to capture another victory. Since I worked as a director for the first time on 'Play Misty for Me' in 1970 I've become tired of seeing myself on the big screen.

"That doesn't mean I'm going to stop acting, though"

The 'Million Dollar Baby' star is still determined to try new things, and believes directing films gives him more opportunities to push himself.

He told Germany's Tele 5 TV station: "If you've done as many films as I have you stop looking back, you're only going forwards.

"As a director it's important to me to try new things once in a while. And as an actor, if a film is finished you can't change it and you have to leave it to other people to judge your work."