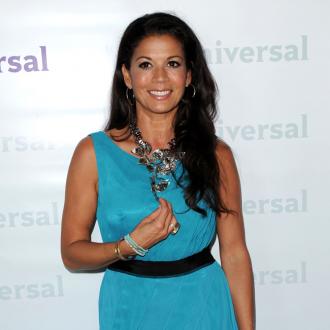 Dina Eastwood claims her stepdaughter, Francesca Eastwood, who is having her recent marriage to Jonah's older sibling, Jordan Feldstein, annulled following their nuptials in Las Vegas on November 17, admits she was furious when she found out about the impromptu wedding but dismissed rumours it was a publicity stunt.

The former news anchor, who filed for divorce from Clint last month, told Bethenny Frankel's talk show in a new interview that will air on December 10: ''She's an adrenaline junkie. She's a lovely, smart, amazing person who will do a goof-off at a whim.''

Asked if Francesca got married to boost her own profile, Dina replied: ''No, goodness, no PR stunt. Oh gosh. All the Eastwood children are out of the spotlight [and] don't like to do stuff.''

She added: ''Francesca would actually do something like that thinking that no one would ever find out. They don't get that they are tied to Clint Eastwood or that they have a little bit of success on their own. So she calls me and says, 'I didn't think anyone would find out.' Are you s***ting me? Like, what are you doing? Get home. I just want to wring her neck, but I am going to hug her too.''

Dina, 48, also addressed reports that Francesca was drunk when she tied the knot.

She said: ''She says no drinking but she's 20, so of course she tells her stepmom no drinking. What are you thinking? Probably, let's go have a fun day. I don't know what you're thinking but I am going to find out this week, I hope. I do think annulment, yes, is occurring as we sit on the couch.''

Clint, 83, and Dina revealed they had split earlier this year and the actor is now dating Erica Tomlinson-Fisher.