An Ill-advised Joke Clint Eastwood Made About Transgender Retired Olympian Caitlyn Jenner At The 2015 Guys' Choice Awards Is Set To Be Edited Out Before It Airs In The U.s. Next Week (Ends12jun15). 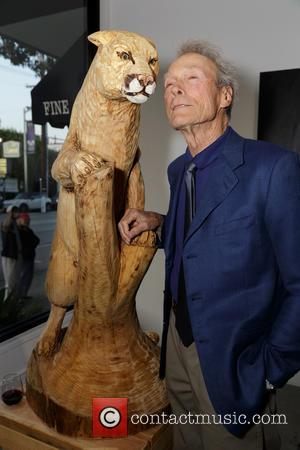 The Dirty Harry movie icon was introducing wrestler-turned-actor Dwayne 'The Rock' Johnson at Saturday's (06Jun15) Los Angeles ceremony, where he used the opportunity to compare the Furious 7 star to other famous athletes who have relaunched themselves in the entertainment industry, such as "Jim Brown and Caitlyn Somebody..."

However, the quip fell flat with awards organisers at U.S. network Spike TV, and executives have chosen to cut the comment from the prizegiving's broadcast on 18 June (15), reports USA Today.

Johnson was presented with the Troops Choice title for his support of the U.S. military, while other winners included Chris Pratt, Taken star Liam Neeson, and Salma Hayek, who received the Decade of Hotness honour.