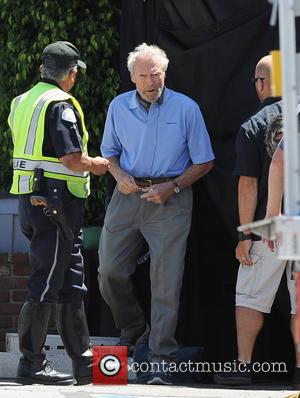 Actor/director Clint Eastwood insisted on live musical performances while filming his new movie Jersey Boys, so he could capture the real emotions and facial expressions of his singing stars on camera.

The veteran filmmaker hired a handful of real Broadway stars to appear in the big screen adaptation of the hit stage show about the lives and careers of Frankie Valli and the Four Seasons, and he wanted to really showcase their talents by having them hit the high notes live.

Eastwood says, "In the old days... everything was pre-recorded and the actresses (sic) would just lip-sync, but I said, 'No, we'll just do it live' so the emotion, the facial expressions match the song."

His decision was warmly welcomed by leading actor John Lloyd Young, who was cast as Valli in the film after winning acclaim for his role as the singer on the Broadway stage.

Praising Eastwood for the move, he tells U.S. news show Entertainment Tonight, "Clint is a real music aficionado and really knows music... How great for us and for Clint that he's using people who are used to singing it live on stage every day and will sing it live on set."

It won't be the only Hollywood movie musical to feature live singing - Hugh Jackman, Anne Hathaway and the rest of the cast of 2012's Oscar-winning Les Miserables also had to perform live during production.