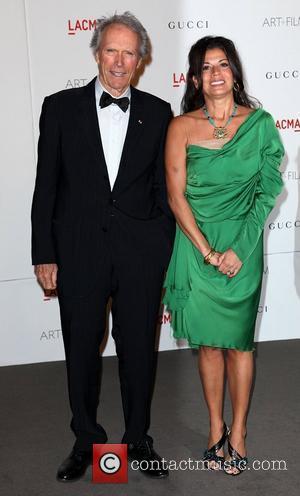 Hollywood icon Clint Eastwood has publicly endorsed U.S. politician Mitt Romney for president after speaking at an Idaho fundraiser on Friday (03Aug12).
The Dirty Harry star joined fellow Republican Party supporters at the private event in Sun Valley and gave his backing to Romney as he prepares to go up against incumbent Democrat Barack Obama in the November (12) elections.
Addressing the crowd at the gathering, Eastwood said, "Now more than ever do we need Governor Romney. I'm going to be voting for him..."
The legendary actor went on to express his hope that Romney would restore "a decent tax system that we need badly... so that there's a fairness and people are not pitted against one another as who's paying taxes and who isn't".
Speaking to the Associated Press, Eastwood added, "I think the country needs a boost."
Eastwood isn't the only big name to voice his support for Romney - The Godfather star Robert Duvall is hosting a presidential campaign fundraiser at his Virginia home for the Republican candidate next month (Sep12).