Can Clint Eastwood Score A Home Run With 'Trouble With The Curve'? 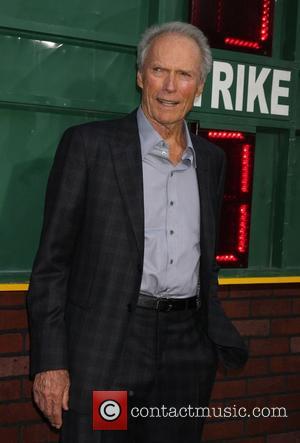 It looks as though Clint Eastwood has hit a home run with his latest movie ‘Trouble With the Curve.’ It’s the first time that Clint has starred in a movie directed by anyone other than his good self, since 1993’s In the Line of Fire and Trouble With The Curve sees him playing the role of an ageing baseball scout trying to reconcile his relationship with his daughter (played by Amy Adams). It’s an easy-to-swallow, conventional story and should grab the attention of middle-America, who have hopefully managed to forget Clint’s bizarre ‘empty chair’ performance at the recent Republican Convention.

Reviews of the new Clint Eastwood movie have so far been encouraging. Clint gives a strong performance of a man struggling with the effects that the passing of time has on his physical existence and “Amy Adams makes a good match as the career-driven daughter with festering resentment,” according to The Hollywood Reporter’s Todd McCarthy. Variety’s Justin Chang is equally complementary of the lead actors’ on-screen chemistry: “Robert Lorenz's square but sturdy directing debut rests on the wonderfully spiky chemistry between Eastwood and Amy Adams as a testy old scout and his equally strong-willed daughter.”

Trouble With the Curve opens tomorrow (September 21, 2012) and somewhat ironically, given the public response to the Clint Eastwood speech at the Republican Convention, it looks as though his political dabblings may have upped the profile for the movie. Reuters report that the film is now among the top five best-selling advance tickets for this coming weekend. It faces competition at the box office from Jennifer Lawrence’s new horror movie The House At The End of The Street and the Judge Dredd movie, Dredd 3D.