The ending used in 'American Sniper' was one of five alternatives thought up by Eastwood and screenwriter Jason Hall.

Clint Eastwood and the team behind the box-office smash American Sniper changed the movie's ending following a request from the widow of Chris Kyle. The final scene showed the death of the US navy seal Chris Kyle though it was changed after screenwriter Jason Hall received a telephone call from Taya Kyle. 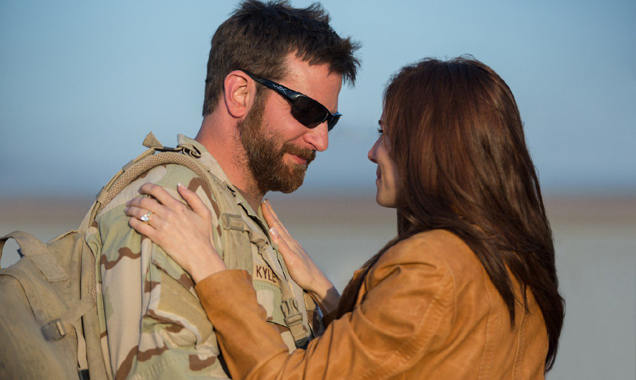 Hall told the New York Daily News that Taya asked himself, Bradley Cooper and Clint Eastwood not to include a scene in which Chris was seen killed at a Texas gun range by a troubled former soldier.

"Five days after Chris was murdered, [Taya] called and said, 'This is going to be how my children remember their father, so I want you to get it right,'" said Hall.

More: did you know Chris Kyle's alleged killer is portrayed in American Sniper?

The screenwriter said the team "went around and around" trying to work out another way to end the biopic, eventually drawing up five possible alternate endings. However, ultimately they decided to use a scene in which Kyle was seen heading off to a gun range with the man alleged to have murdered him while Taya watched cautiously from the doorway. The movie then cuts to Kyle's funeral.

"In the end, I think we felt that this was a film about Chris's life and not about his death," said Hall. "We also wanted to be careful not to glorify the guy who did it."

He also said he was thinking of Kyle's two children when considering their mother's request. "I didn't want it to be the thing that was hanging over their heads for the very rest of their lives as the film that showed their father getting shot," he said.

American Sniper is nominated or six Oscars including best picture and best actor for Cooper. It has taken $392 at the global box office including over $300 million in the US alone.