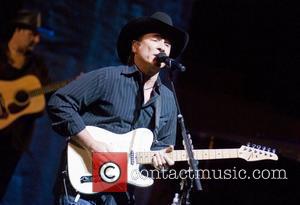 Country music superstar Clint Black is mourning the loss of his father, who died on Sunday (02Dec12).

The singer has released a statement paying tribute to G.A. Black, who passed away at the age of 78 following a lengthy illness.

Black writes, "Our family is devastated by this news.

"We are still in the beginning stages of preparations to honor our father, and at this time, we respectfully ask for privacy until we have had the opportunity to fully process what's transpired over the last 48 hours."

The When I Said I Do singer cancelled an appearance at a concert in Chumuckla, Florida on Saturday (01Dec12) to be with his father.

Clint Black Put Yourself In My Shoes Video