Sir Cliff Richard believes young pop stars should be given more support from music industry bosses in stead of being left to achieve success on their own. 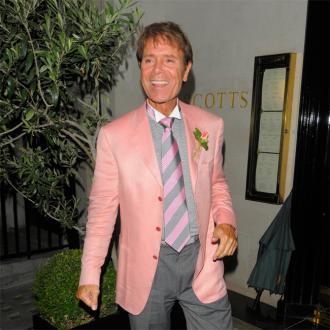 The 73-year-old singer believes pop stars coming onto the market in their teens and early twenties should be given more help to maintain their success, instead of being dropped by record companies when they fail to achieve a number one.

He said: ''I don't think the new groups and young singers have the same support system. Today you can have a number one, [but] if your next record's not number one sometimes they won't re-sign.

''It's because they don't have the same faith in the artists that my producer and manager, Norrie Paramour and Peter Gormley, had.''

However, the 'Living Doll' hitmaker, who has recently released his 100th album, has praised the emerging new talent and believes even people who don't achieve success from shows such as 'The X Factor' are still going on to achieve global success.

Speaking to The Wireless radio station, he explained: ''When you think about it, even the losers on 'The X Factor' are good. I mean, they're really good singers these days.

''When you think of One Direction, five of them, they all lost. None of them won 'The X Factor' and they're the biggest boyband in the world at the moment.''