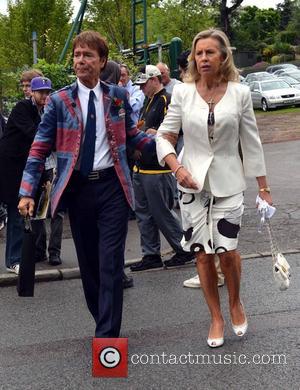 Sir Cliff Richard scrapped plans to record a secret album under a different name because his record label bosses were "not interested" in the project.
The 71-year-old Devil Woman star wanted to go back to the studio and record an album of original material for release under an alias, but executives at his label put a stop to the experiment.
Richard admits he was disappointed by the decision and fears the music industry has now become "too safe".
He tells News.com.au, "They are not interested in testing these things out. So the days of me going into the studio with a band and 12 new songs to create a whole new batch of magical four minute tracks has passed...
"I often feel the rock and roll world has lost its attitude of fun. It should be fun to create music, it should be fun to go on tour. The industry has become too straitlaced for me. It's not adventurous. It's too safe."