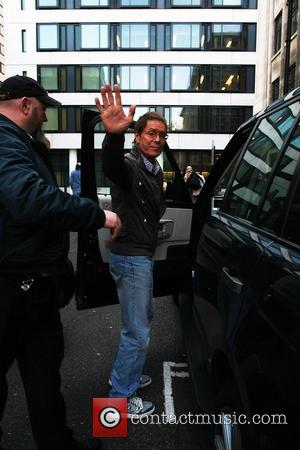 British music legend Sir Cliff Richard blames American TV host Ed Sullivan for his failure to crack the U.S. because the late presenter pushed him to perform a comedy song on his hit show.
The veteran crooner has enjoyed huge success in his native U.K. and was even dubbed Britain's answer to Elvis Presley at the beginning of his career in the 1950s.
He landed a slot on Sullivan's legendary U.S. music programme in 1960, but instead of showing off his rock 'n' roll credentials, the host asked him to sing an old music hall song in a London accent - and Richard is adamant the performance put off potential American fans.
He says, "I sometimes blame Ed Sullivan in fact. He had seen a film I did called The Young Ones. We had sung a lot of old vaudeville songs.
"Ed loved that and said, 'If he comes on my show he has to do that.' So I came on singing Where Did You Get That Hat?
"Singing in Cockney (East London accent)! I was a rock 'n' roll singer for crying out loud. I didn't get a fair crack of the whip from the word go."