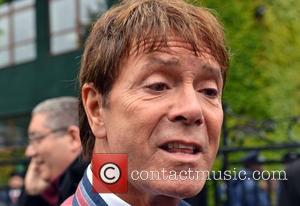 Sir Cliff Richard's hopes of recording an album with late music legend Elvis Presley have been dashed as the singer's estate won't give the posthumous project their permission.

The 71-year-old Devil Woman hitmaker was often hailed as Britain's answer to Elvis and is keen to use new technology to create a hit record with the Jailhouse Rock singer, who died in 1977.

He tells British newspaper the Daily Mail, "Outside America, it was always Elvis and Cliff. I came second to him many times and there were times when I was able to compete with his success.

"I want to record an album with him. With the technology we have these days it's very feasible. I've already got the album sleeve ready, 'Cliff & Elvis'. All we need to do is pick the songs. I'm ready to go but i can't get the go-ahead from the Elvis estate."