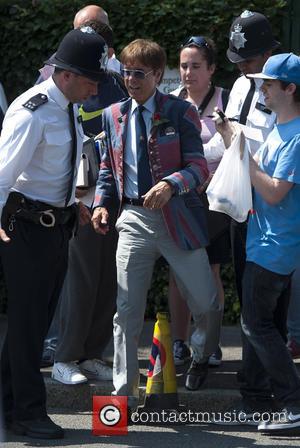 The Living Doll hitmaker produces his own wines at a vineyard, Adega do Cantor, in Portugal, and 2013 marks the 10th anniversary of the project.

The year (13) also featured the birth of Prince William's new son, so Richard has decided to create a special wine in his honour. He has named the new wine Congratulations - a reference to his chart-topping 1968 hit.

A post on the vineyard's Facebook.com page reads, "Perfect timing! To celebrate Adega do Cantor's 10th anniversary as well as the arrival of the new Royal baby, a new sparkling rose wine from the Syrah grape, 2010 vintage, is scheduled to be available for Christmas and New Year. Congratulations is the latest addition to the Vida Nova range and is sure to be in huge for demand for all celebrations!"