After Jesus of Nazareth is crucified and laid to rest in a sealed tomb by the Romans following wild claims of his being King of the Jews by his followers, it is up to a sceptical Centurion named Clavius to quell subsequent rumours of his rising from death. With talk of his resurrection as the Messiah, Pontius Pilate is facing a possible uprising by angry civilians of Jerusalem, and when it's discovered that his body has gone missing from his grave, Clavius and his assistant Lucius have only a short time to discover what's happened to him, not wishing for the Emperor to return to chaos. They suspect his disciples have stolen the corpse and so order the retrieval of all recently deceased men, but when they get no further to finding him, will they be forced to accept an extraordinary, impossible truth?

A relentlessly downbeat tone makes this Kiwi drama sometimes hard to watch, but the true story is genuinely involving, with an inspirational kick that never feels pushy. It also offers terrific actor Cliff Curtis the chance to revisit the rough side of New Zealand society that he so memorably depicted 20 years ago in the award-winning Once Were Warriors. 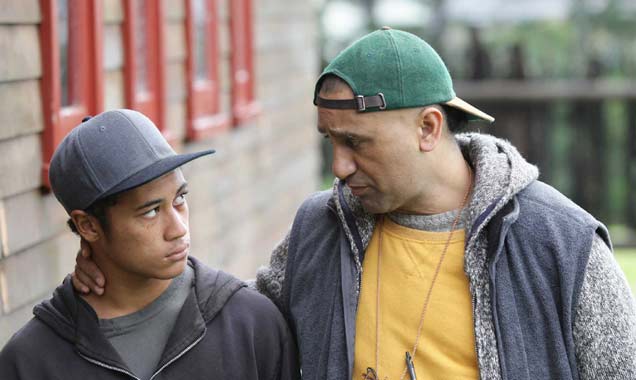 The story takes place in Gisborne, a city on the east coast of the North Island. After being held on a mental ward, Genesis (Curtis) is released into the care of his brother Ariki (Wayne Hapi), a single-dad who is also a veteran member of the Vagrants biker gang. His son Mana (James Rolleston) is about to turn 15, and Ariki insists that he enters the gang's initiation process, overseen by the brutal Mutt (Barry Te Hira), but Mana sees in Genesis a possible escape, following him to a youth chess club run by his old pal Noble (Kirk Torrance) and his wife Sandy (Miriama McDowell). It turns out that as a young man, Genesis was a surprise chess champion, and now he finds a sense of purpose encouraging these young people to play the game. But Ariki is furious about this, and throws Genesis out into the streets.

Curtis brings layers of intelligence and tenacity to Genesis, revealing him as a troubled man determined to maintain his mental health by finding something positive to focus on. He may now be sleeping rough in the park, but he refuses to give up. And his growing connection with Mana provides a further glimmer of hope for both of them. Opposite him, Rolleston is superb as a young man straining against the bleak future his father has mapped out for him. So while everything in their lives feels sometimes oppressively grim, their relationship gives the film an underlying sense of promise.

Commander Raiden (Clive Owen) of the seventh rank is a skilled and gifted soldier, who rose from bloody battle during the Great Wars with an unwavering loyalty for his ageing but resolutely brave master Bartok (Morgan Freeman), despite the latter having been dishonoured and shamed by the corrupt ruler for publicly standing up for the rights of his enslaved people. After his brutal execution, all those firmly loyal to Bartok - led by Raiden - seek to avenge him in the only way they know how, with Bartok's warning of their ruler's merciless intentions strongly in mind. Raiden will lead them into the ultimate battle, in spite of their small numbers, having made far too many sacrifices in their lifetime. As his rebellion unfolds, he begins to understand that, despite what the rule claims, no honourable man can ever be 'dishonoured'; it is something inborn, and something worth fighting for.

Producers of the Walking Dead spin-off have cast TV actor Cliff Curtis in the lead role. The actor's previous credits include Gang Related, Missing and Body of Proof and he joins Frank Dillane and Alycia Debnam Carey in the companion series. 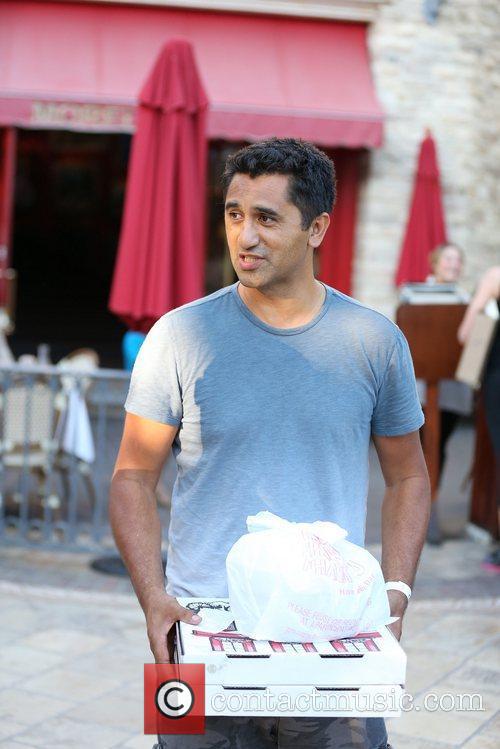 Character details are being kept under wraps though Curtis is likely to play Sean Cabrera - described only as a "good man." We already know that AMC's show will feature completely new characters from The Walking Dead, as well as different settings.

Jack McCall is a literary agent who has a way with words. He knows just what to say to use any situation to his advantage. For example: after joining a long queue at his favourite coffee shop, Jack became impatient and faked an emergency phone call in order to get himself to the front.

By Chris Barsanti
Weak
It is hardly a reassuring sign when one of the more interesting things in a film is not even sentient. Over the title sequence of Fracture, and in the midst of some of the duller stretches (of these there are many) we see a glittering sort of Rube Goldberg contraption, all shiny metallic tracks and carved wooden wheels, where small glass balls skitter and roll in an elaborately choreographed dance. It's a beautiful piece of elegant machinery and, one hopes, symbolic of the many complex and artfully managed plot twists to come. Instead, what we're given is Anthony Hopkins and Ryan Gosling sleepwalking around each other as they navigate through one of the year's laziest films.

By Jules Brenner
Good
Just because a female director sets out to make a female empowerment film doesn't mean it can't be charming while rousing the troops. Writer-director Niki Caro presents this story of a Maori girl in New Zealand whose ancestor, according to tribal legend, came from a faraway place, riding on the back of a whale. It's a film of reality and fantasy, treating farfetched dreams and mysticism with acceptance, respecting the tribe's dignity and beliefs. 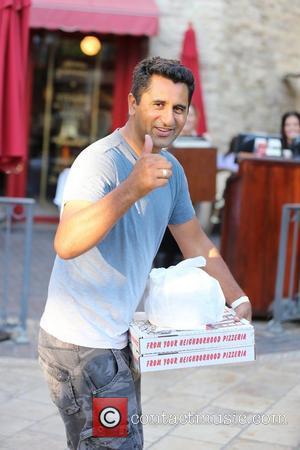 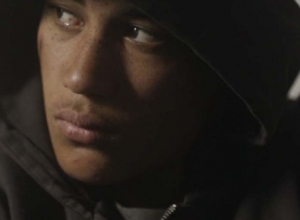 Genesis "Gen" Potini hasn't had an easy life, he's a Maori living in a relatively... 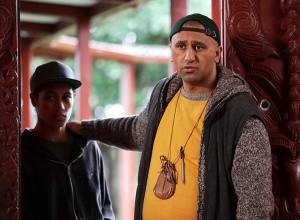 A relentlessly downbeat tone makes this Kiwi drama sometimes hard to watch, but the true...

Just because a female director sets out to make a female empowerment film doesn't mean...