Milan has thanked fans as well as ex-boyfriend Olly Alexander.

Milan broke the news to fans on Twitter in a lengthily statement, saying the decision took him “a very long time to reach but it is the right one”. 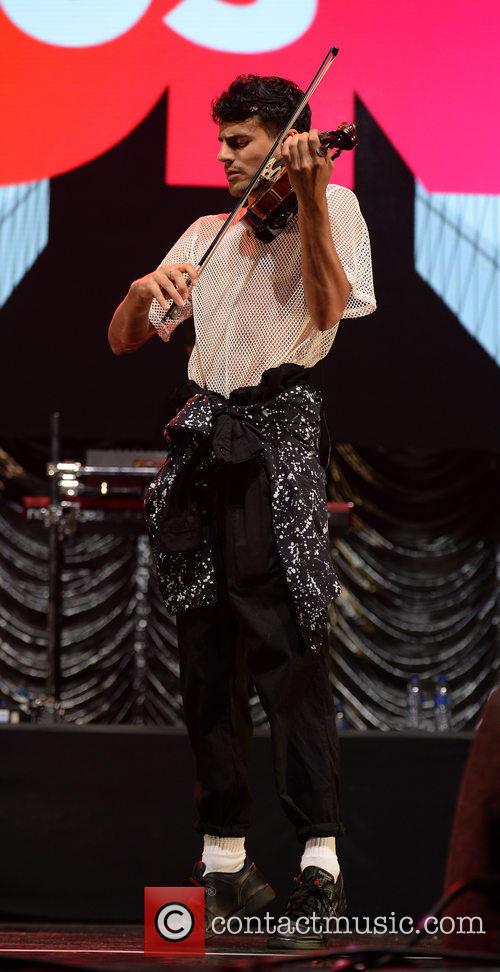 The violinist told fans: ‘You guys have been really so incredible. I have learned so much and seen so many things and it will all stay with me forever.

‘Your support for the music and just for me more generally is one of the most insane and amazing things I have ever experienced.’

Milan has been with the band since they were formed in 2009, after meeting fellow members Jack Patterson and Grace Chatto, while undergraduates at Cambridge.

He ended by wishing Clean Bandit ‘the best of luck even though I’m sure they won’t need it, here’s to all our futures.’

On Facebook the band posted their own statement announcing Milan’s departure and thanking him for his contributions to the band.

More: Clean Bandit Approaching Half-a-Million Sales As 'Rather Be' Remains No.1

‘He told us recently that he has decided to leave. We have had a wonderful ride together and we are extremely excited to see what he does next,’ the band wrote.

‘We are also very much looking forward to our upcoming shows and to sharing our new music with you.

‘Thank you all for your support during this time, and thank you Neil for being part of this amazing journey. We will miss you a lot on this next chapter and we wish you the best of luck for the future.’