One of the strongest action thrillers in recent years, this gripping movie cleverly casts actors known for comedy in the central roles. And it works so well that you can't help but see a new trend on the horizon. But the real reason this film is so effective lies, of course, in its script, which never dumbs down for the audience. Instead, it cleverly leaves out irrelevant details, keeping viewers guessing about essentially unimportant elements while getting on with the frantic mayhem.

It opens as Jack and Annie (Owen Wilson and Lake Bell) fly to Southeast Asia with their daughters (Sterling Jerins and Claire Geare) to start a new life after Jack's business back home went under. He has a new job here helping provide drinking water. What they don't know is that their plane lands at just about the same moment as the population uprises and overthrows the greedy prime minister, then sets its sites on interloping Westerners. So before they've recovered from jet lag, this family is running for its life. The only person who helps them is the disheveled Hammond (Pierce Brosnan), who's actually a shady British operative with a helpful local sidekick (Sahajak Boonthanakit) who loves Kenny Rogers. But the mob is on the warpath.

The film kicks off and never lets up, ratcheting up the tension quickly and propelling these characters into a series of outrageous cliffhanger moments. It's startlingly violent for a film with a fragile young family at the centre, so the peril feels real. And filmmaking brothers John Erick and Drew Dowdle do a terrific job at merging action movie cliches with gritty authenticity.

For one family, starting over is about to become the most difficult task they could ever have imagined. And the most dangerous nightmare they could ever have dreamt. The Dwyer's, consisting of Jack (Owen Wilson), Annie (Lake Bell), and their two daughters, travel to Southeast Asia to start a new life for themselves. There, they meet Hammond (Pierce Brosnan), a British man who had done the same thing years ago, and insists that they'll love their time there. But when a coup takes place across the region they live in, they are forced into a race for their lives. As an armed revolution begins massacring the law-enforcement and any foreign people, the American family must do everything in their power to get out of the county alive.

By Rich Cline
Weak
There's an intriguing idea here, but this thriller feels like it has been compromised in the test-screening phase, resulting in a badly muddled plot. And even a lot of talent in front of and behind the camera can't rescue it.

Will (Craig) has just quit his job as a Manhattan editor to spend more time with his wife (Weisz) and young daughters (Geare and Geare) in their suburban home. But something isn't right. A suspicious man (Koteas) is lurking in the night, while the ex-husband (Csokas) of the neighbour (Watts) across the street oozes pure rage. Then Will starts to realise that nothing is what it seems to be. And he'll need to face reality if he hopes to sort things out.

Will Atenton is a successful publisher living in New York with his wife, Libby and their two children. Wanting a change of pace, he quits his job and moves his family to their dream house in Morgan Creek, a sleepy New England town. 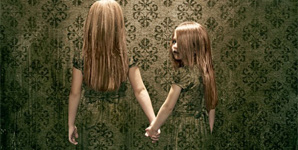