Claire Foy took on the leading role of Queen Elizabeth II in the first two seasons of Netflix original series 'The Crown'.

The conversation surrounding the gender pay gap is one that rumbles on, with recent reports exposing how those at Netflix had paid Matt Smith more for his role as Prince Phillip in 'The Crown' than Claire Foy, who had taken on the lead role of Queen Elizabeth II. So much so, that producers have now stepped out and said that in future seasons, no actor or actress would be paid as much as the talent stepping into Queen Elizabeth's shoes.

Claire Foy has led two seasons of Netflix's 'The Crown'

Those words were likely a kick in the teeth of Foy however, as she's stepped away from the series following her two seasons. Those working on 'The Crown' have been open about how they'll be using a time jump every couple of seasons, bringing on a whole new cast for the show as the age of the characters changes dramatically.

Continue reading: Claire Foy Responds To Being Paid Less Than Matt Smith On 'The Crown'

Neither were aware of the other's salaries on the show.

Matt Smith and Claire Foy have found themselves the subject of a gender pay gap debate recently, following the news that the former was paid more than the latter for his role in 'The Crown', despite Claire being the lead actor. Now producers have issued a formal apology for the stars' unwitting involvement in the controversy.

Left Bank Pictures who produce the Netflix series have extended their apologies to their lead stars after Matt Smith finds himself under pressure by critics to donate his excess salary to a gender equality charity, much like 'All The Money in the World' star Mark Wahlberg.

It seems that even when a woman is in a lead role they still get paid less than their male co-stars, as indeed is the case with Claire Foy and Matt Smith from Netflix drama 'The Crown'. Producers recently confirmed that the latter gets paid more than than the former, though they intend to change that for next season.

Claire Foy at the premiere of 'The Crown' season two

Hollywood has come a long way when it comes to the portrayal of women on screen and with telling women's stories, but that gender pay gap is still a huge embarrassment for both the film and television industry. Despite the fact that Claire Foy was protraying Queen Elizabeth II in Netflix's 'The Crown', producer Suzanne Mackie still confessed she got paid less than her onscreen husband Matt Smith.

Foy spoke about her initial concerns about the popularity of 'The Crown' before season one came out.

Claire Foy has revealed that she initially had doubts over whether ‘The Crown’ would be a success, and admitted that she and the rest of the show’s cast were taken aback when it proved to be so popular.

33 year old Foy won Screen Actors Guild and Golden Globe awards for her portrayal of the young Queen Elizabeth II in ‘The Crown’ when it debuted on Netflix in 2016. Now, ahead of its return to the streaming service for its second season, its star has revealed that many of the cast doubted whether a drama about the “posh and privileged” Windsors would catch on at all.

“The first series was some sort of wonderful experiment; none of us knew if it would be a success, none of us knew if people would take these characters, who are incredibly posh and privileged, to their hearts. There was a huge risk involved,” she told the Evening Standard.

By Holly Williams in Lifestyle / Showbiz on 30 October 2017 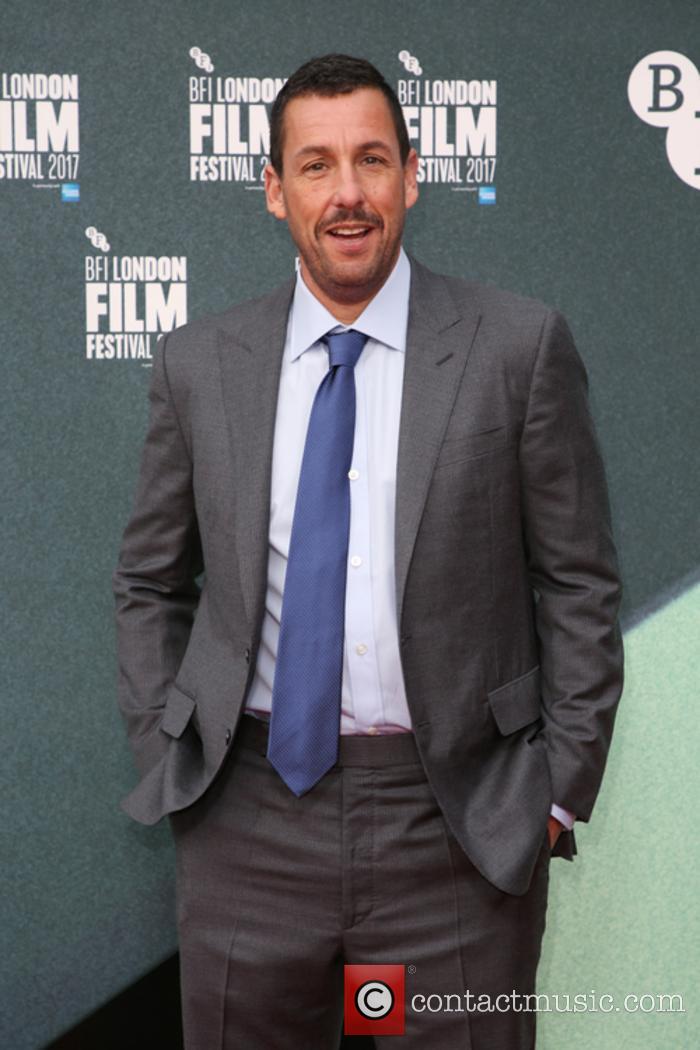 The star has known "for a long time" that Colman would be taking over her role.

Earlier this week, it was revealed that Claire Foy would be leaving her role as Queen Elizabeth II in Netflix original series 'The Crown', making way for 'Broadchurch' star Olivia Colman to take over the leading role at the end of the forthcoming season.

Fans of the show have known for quite a while that time jumps will take place every so often to help propel the story forward, with changes in the leading cast being made to ensure that the jump is a realistic one and something that has a prominent mix-up on screen.

Continue reading: Claire Foy Excited To Be Replaced By Olivia Colman On 'The Crown'

Colman is being tipped to replace Claire Foy in the upcoming third series.

The producers of smash Netflix hit ‘The Crown’ are poised to choose Olivia Colman as the replacement for the departing Claire Foy for the upcoming third and fourth series, it has been widely reported.

The acclaimed ‘Broadchurch’ and ‘The Night Manager’ star, 43, is to step into the role of Queen Elizabeth II in the Netflix series for its third season, as the narrative moves closer to the present and the character of the Queen requires an older actor.

‘The Crown’ is a dramatisation of the Queen’s engagement to Prince Philip and then telling the story of her reign, and the third and fourth series are set after 1963. Colman is so far the only confirmed cast member for the new series, but Matt Smith, who plays Prince Philip, is also set to be replaced with an older actor.

Robin Cavendish seems to have everything. He is handsome, educated, extraordinarily intelligent and has a loyal wife named Diana and a baby son named Jonathan. But disaster strikes during a trip to Kenya in 1958 and he is struck down with polio, rendering him unable to move any of his limbs or even breathe by himself. At just 28, he believes his life to be over as he is flown back to England only to lie in another hospital bed on a respirator. But it is his wife who encourages him to keep on living.

She removes him from hospital and returns him to the comfort of his own home, while his Oxford graduate friend Teddy Hall begins work on a special wheelchair with a mobile respirator which would allow Robin to travel. His long-term survival exceeds all doctors' expectations, and far from his life being over, he becomes a staunch activist for disabled people and helps in the development of numerous devices that would go on to improve the quality of life of responauts (as such people as him are dubbed) a thousand-fold.

'Breathe' is a romantic biopic based on the life of the real Robin Cavendish - a man who did extraordinary things with a diagnosis that would have killed most people within a few years - and his fiercely faithful wife Diana who nursed and encouraged him. It has been directed by accomplished actor Andy Serkis (star of 'Star Wars: The Force Awakens', 'Rise of the Planet of the Apes' and 'Lord of the Rings') in his directorial debut, and written by the Academy Award nominated William Nicholson ('Gladiator', 'Les Miserables'). Serkis has lately been directing his second film, 'Jungle Book', which is due out in 2018.

Continue reading: Claire Foy And Matt Smith May Not Appear In A Third Series Of 'The Crown' 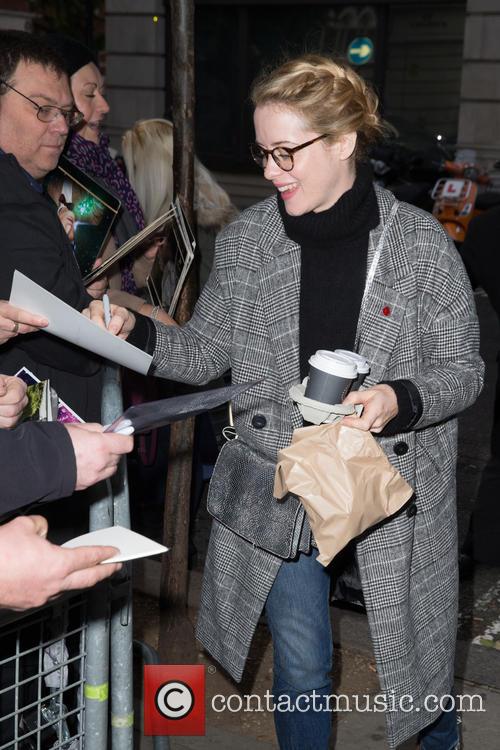 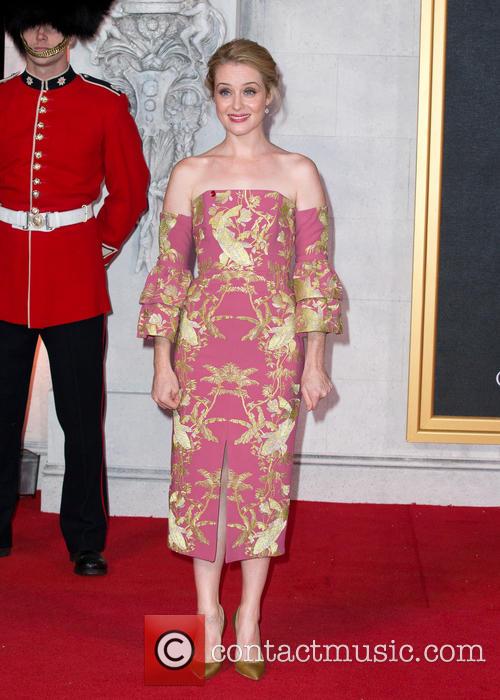 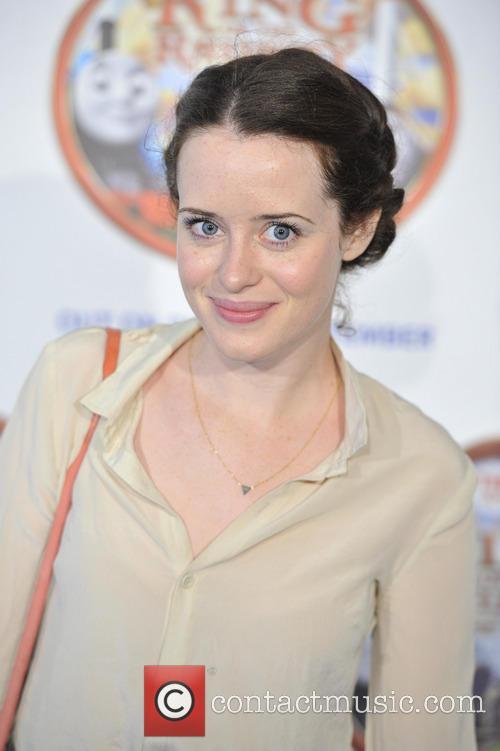