'Homeland' Season 4 Trailer Shows Carrie Back In The Field But Is The Series Out Of The Woods?

Homeland co-creator Alex Gansa has described the hurt he felt when the series did not receive an Emmy nomination for Outstanding Drama Series. But with a new trailer showing Carrie Mathison and Saul Berenson back in the field, will the upcoming fourth series prove to be an improvement on the third which failed to impress critics or award panels?

Homeland, when it was first on our screen in 2011, became an instant hit. But after its third season, the reviews were becoming more mixed and less reliably in favour of the Showtime series. The nominations and awards followed suit and this year Homeland wasn't even nominated for Outstanding Drama Series at the Primetime Emmys. 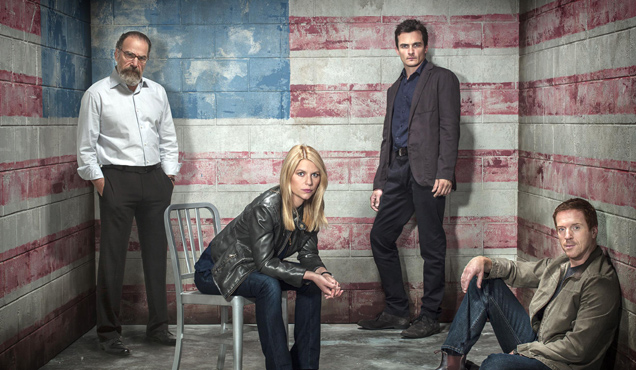 Read More: All You Need To Know About The Newest Additions To Homeland.

With a trailer released on Friday (18th July), the future of the show is looking up and next year's awards nominations may be more favourable. Co-creator Alex Gansa, as the Evening Telegraph reports, described his disappointment at the response to season three and the lack of Emmy nominations at a meeting of TV Critics on Saturday (19th July).

Although the show didn't make the cut for the Outstanding Drama Series or Writing awards this year, it did receive nominations for Outstanding Lead Actress for Claire Danes and Supporting Actor for Mandy Patinkin.

Watch The Trailer For Homeland Season 4.

Screenwriter Gansa, who previously worked on such shows as Numb3rs and Entourage, emphasised his belief in the quality of Homeland. He said, "It's hard for us to view what we've done objectively. I don't know how you can look at the last six or seven shows we did on television last season and say it's not among the best on television." He further described his disappointment at not receiving any Emmy nominations, stating: "The criticism hurt. The lack of an Emmy nomination hurt, but we're going to come back strong."

Hopefully the show will be back on top form, especially after the cast and crew had to cope with the death of one of its stars earlier this year. James Rebhorn, who played Carrie's father Frank Mathison, passed away in March of this year after battling skin cancer. Whilst Gansa did not mention at the press conference how the cast and crew managed to cope, it must have been a blow after working with the veteran actor for more than three years.

The new trailer sees Carrie return to the field and is set in Afghanistan and Pakistan. Little of the plot is revealed but we'll see Carrie back in her element. Perhaps with a new storyline not involving Brody (played by Damian Lewis), the writers will be back to their award winning standard.

Read More: OK, So Where Does Homeland Go From THAT Death? Damian Brody's dramatic exit from Homeland has altered the direction of the show.