Claire Danes regularly cooks dinner for her 'Homeland' co-stars and actor Mandy Patinkin insists she is great in the kitchen. 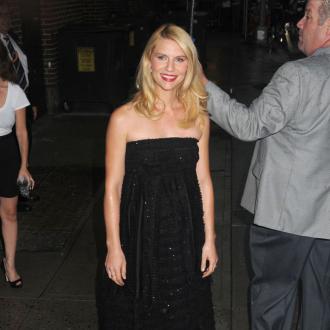 The pregnant actress - who plays CIA operative Carrie Mathison in the drama - often invites her co-stars to the home she shares with husband Hugh Dancy for dinner and actor Mandy Patinkin says she is a phenomenal chef.

Mandy - who plays Saul Berenson, the CIA's Middle-East Division Chief and Carrie's old boss and mentor, in 'Homeland' - said: ''Claire is an extraordinary cook and I bring Graeter's ice-cream from Cincinnati. There's nothing like having a pregnant mom when you have ice cream - Claire loves me.''

Mandy also revealed he was touched when Claire, 33, thanked him in her Emmy speech when she won Best Actress for her work on the drama series.

He is quoted by People magazine as saying: ''I was very moved. The moment we got backstage, I held her in my arms, gave the baby a little rub and asked, 'How's the baby doing?' She said, 'It's a pretty good night for both of us.' ''