Cindy Williams And Penny Marshall Have Little Richard To Thank For The Success Of Their Cult 1970s And 1980s Comedy Series Laverne & Shirley Because They Are Still Convinced His Blessing At A Liza Minnelli Concert Helped Them Land Big Tv Ratings. 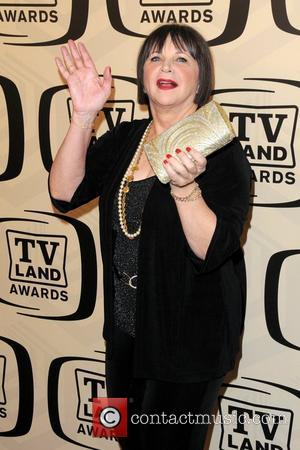 The two pals were making their way to Minnelli's dressing room after a show at the Coconut Grove in Los Angeles when the rock 'n' roller, who was opening for the diva, insisted on meeting them.

Williams recalls, "Our dates knew Liza, so they wanted to go and say hello to Liza but to get to Liza's dressing room you had to go through Little Richard's dressing room... and he's sitting to the right at his dressing table and he sees us and he puts his leg out and he stops us, and he says, 'You two, I wanna say a blessing over you two'.

"Penny and I immediately bow our heads and Little Richard, who was a pastor - is a pastor - started saying the most beautiful blessing over us, praying for success and happiness and health and then said, 'Amen...' and he let us go.

"Years later, when the show was a success, one day I said to Penny, 'You know why this show is a success don't you?' and she said, 'Because Little Richard blessed us?'"