Nicole Kidman And Supermodel Cindy Crawford Are Starring In An Advertising Campaign To Raise Money For A Blindness Prevention Charity. 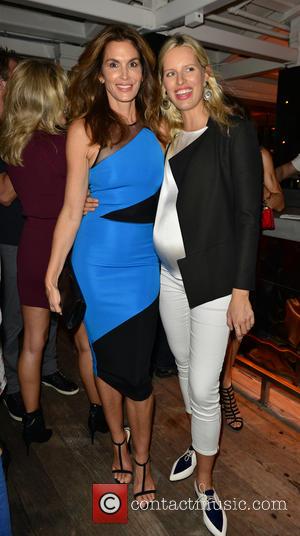 The Moulin Rouge! actress and the catwalk veteran, who are both brand ambassadors for luxury watchmakers OMEGA, feature in print adverts to mark World Sight Day on Thursday (08Oct15) and raise awareness of the company's fundraising initiative with the Orbis International charity.

The stars are shown cuddling up to a large teddy bear in the shots, which were published in Britain's Daily Telegraph newspaper, while Chinese actress Zhang Ziyi and athlete Michael Phelps also pose in online photographs.

"Today is World Sight Day, yet the inspiring work of Orbis International continues all year round. Together with Nicole Kidman, OMEGA is proud to support their life-changing eye treatments for people in the world's most remote regions. And a cuddly teddy bear for every young patient is just the start of what we do," Nicole's advert reads.

Cindy took her fundraising a step further by travelling to Peru with her daughter to visit the charity's Flying Eye Hospital, an airplane kitted out as a medical facility and teaching unit, and shoot a documentary about the work.

OMEGA bosses have created four watches to celebrate the partnership, and a portion of the proceeds will be donated to the charity and the Flying Eye Hospital.