Cindy Crawford's husband has received another allegation that he has engaged in extra-marital affairs - this time, from a bartender who says she almost slept with him. 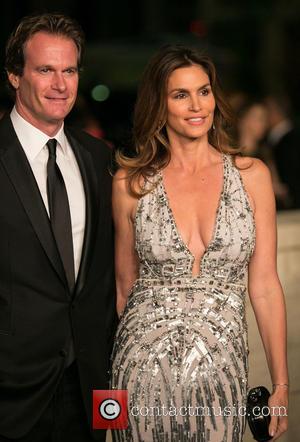 In an interview with 'Star' magazine, Kubiak recalled the encounter, saying that: "From the moment he came through the door the first time, there was a spark between us. Every time he came to the bar, we got more and more flirty, but everyone knew he was married to Cindy Crawford, and I never expected it to go beyond flirting." That said, one night they did go beyond flirting.

Related: Ever Wondered Why Cindy Crawford and Richard Gere Got Divorced?

Kubiak stated that: "Word got around that Rande and some friends were going out on the town later. When Rande asked me, 'Why don't you come with us?' I told him jokingly, 'I can't leave work... what would the owner say?'" Jokes aside, Kubiak's boss soon allowed her to accompany Gerber to his on strip club, Cabaret, and she sat on his lap during the journey there. She recalled that: "Rande and I kissed several times. He told me, 'I like hanging out with you. Do you want to go back to the hotel with me?'"

Kubiak did, however, make her way back to Gerber's hotel room to meet him, revealing: "He said, 'I'm glad you came,' and the next minute we were in a big make out session. His hands were all over me." She then claims to have "passed out" on the bed while he took a shower, but then she woke up to find him in nothing but a towel. "Suddenly, I was awoken by gentle kisses on my neck" she explained. "Wearing nothing but a towel, he undressed me and within seconds we were both naked in the bed. I knew we were about to make love," causing Kubiak to rethink her actions and leave.

Related: Cindy Crawford To The Rescue - Former Model Takes Chidlren Out Of School Over Health Concerns

Kubiak confessed that: "I'm afraid that if Cindy is under the impression that she has a faithful husband and she's his only intimate partner - then maybe she should have a reality check." Gerber was less than happy with the allegations. Father of Crawford's two children, Gerber was spoke out with his own statement, saying: "The allegations that are being made about me having extramarital affairs are completely unwarranted and fabricated. I love my wife and family more than anything, and we won't allow such rumours to play any part in our relationship."