26 years on, Crawford is to appear in a new Pepsi Super Bowl ad, which will go out on February 4th, alongside her son Presley.

More than a quarter of a century after it first aired for the 1992 Super Bowl, Cindy Crawford has revisited her iconic Pepsi ad, alongside her 18 year old son.

“This time of year it always gets featured in the roundups of the Best Super Bowl Commercials ever, and every January I revisit my original Pepsi spot that I just love because the music was perfect and the little boys were perfect and it was just one of those commercials that everyone loved and it made people happy,” Crawford said on Thursday (January 11th). 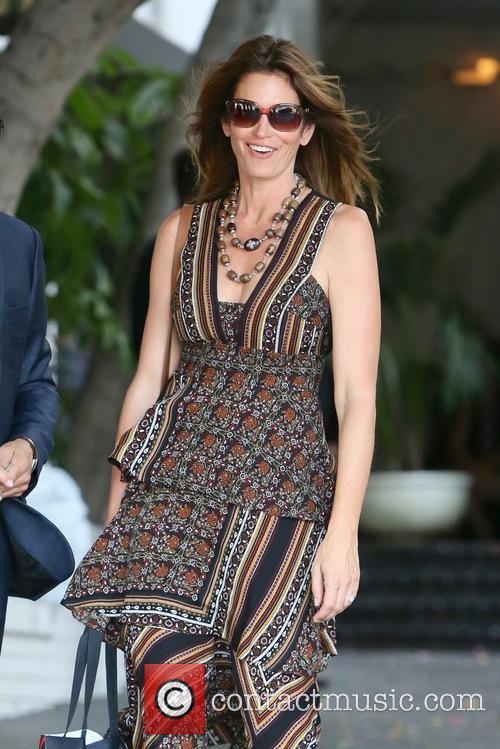 The new Super Bowl advert is called ‘This Is The Pepsi’, and is part of the drinks company’s ‘Pepsi Generation’ campaigning honouring its 120-year history and its place in pop culture.

“This spot is a reminder of how much fun Pepsi has created for every generation,” Crawford continued. “It’s a look back at getting people excited for Pepsi now and the future. They’ve spent a long time creating all of these memorable moments and that’s exciting for me to because I really do consider myself part of the Pepsi family.”

The original ad aired during the 1992 Super Bowl, and featured Crawford in a tank top and jeans shorts while driving a Lamborghini, in which she stops at a dusty roadside gas station to buy a can of Pepsi.

“It was one of those moments in my career that when I walked down the street, people were like, ‘Pepsi!’ Or I’d be at a bar and people would send me over a Pepsi,” Crawford remembered about the original and the massive impact it had. “And it’s funny because during Halloween a lot of women will dress up as me in that commercial. It’s like an easy Halloween costume.”

About her son Presley starring in the same ad, Crawford said: “We drove to work together, we shared a trailer, and just as a mom watching him perform, I was the proud stage mom standing by the monitor.”

More: More than just a model – what will Cindy Crawford do next?