A Plot To Steal Art And Jewellery From British Entertainment Icon Cilla Black's Home On The Day Of Her Funeral Has Been Foiled By Police. 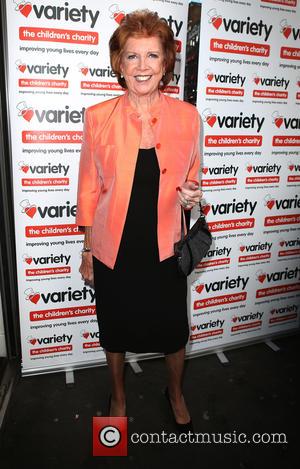 Would-be thieves cut a circular hole in the fence around the late star's $8 million (£5 million) mansion in Buckinghamshire, England in an effort to gain access to the property.

It is believed the gang was planning to steal Black's art and jewellery collection, which is valued at $9.6 million (£6 million), on the day of her funeral, which is scheduled to take place in Liverpool, England on Thursday (20Aug15).

However, the hole in the fence in a secluded spot in the grounds of the property was discovered, and police were informed immediately. All the valuables in the house have now been removed, and security at the property has been stepped up.

Black's eldest son Robert Willis says, "I cannot believe someone would stoop so low at a time like this. It's inconceivable. Thankfully it was discovered in time."

Black's publicist Nick Fiveash adds, "It looks as if they have been preparing to burgle the house during the funeral. A professionally-cut circular hole was discovered in the perimeter fence ahead of her funeral... Police were immediately informed, 24-hour security has been increased on the property and all valuable assets including art, jewellery and personal items have been removed and taken to a secured unit at an unknown location."

Pop star-turned-TV host Black died on 1 August (15) at her home on the Costa del Sol, Spain after falling and hitting her head, suffering a fatal injury.